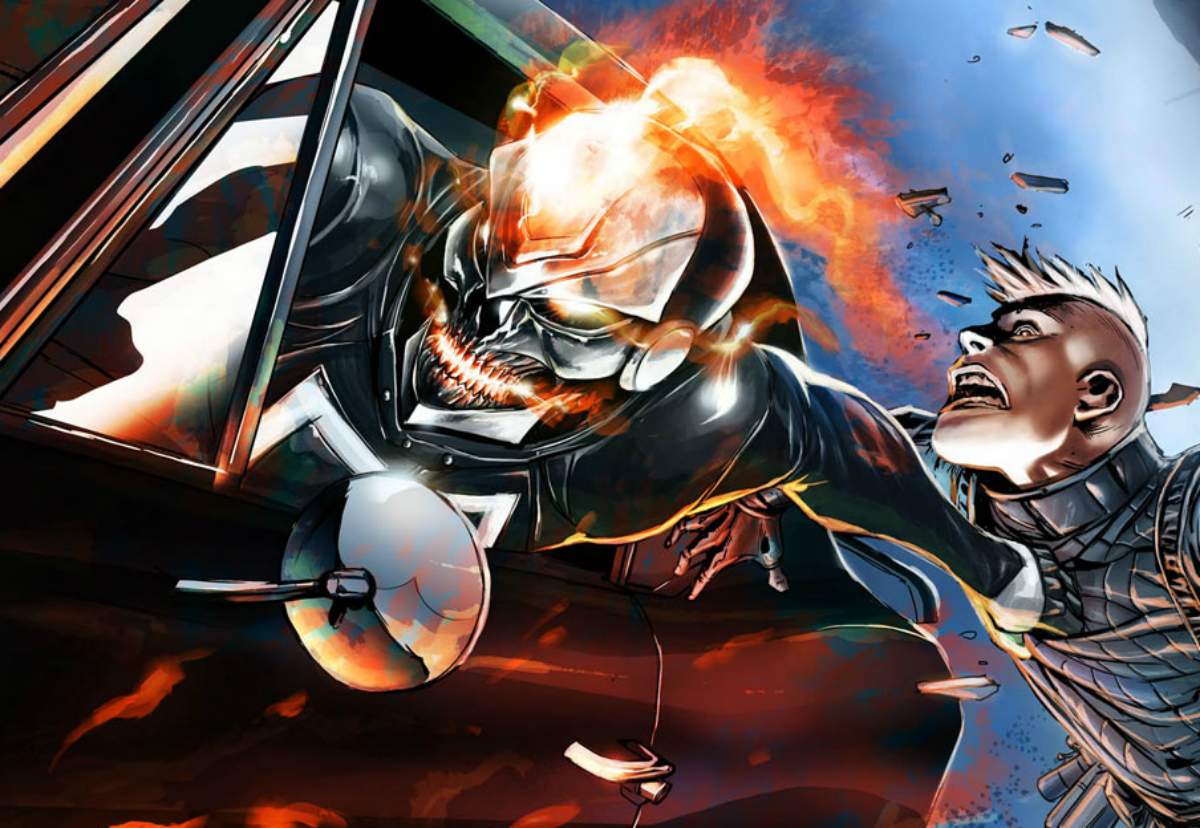 Executive Producer/Head of Marvel Television Jeff Loeb announced on Friday at the Marvel Comics Television Panel at SDCC that Ghost Rider’s rumored inclusion in the Agents of S.H.I.E.L.D Fourth season was indeed true.  According to Marvel.com, the new “Spirit of Vengeance” will be portrayed by Gabriel Luna of True Detective and Matador fame.

While most fans expected Johnny Blaze or Danny Ketch to make their debut’s this fall, this Ghost Rider is the current comic book version who debuted in 2014 named Robbie Reyes.  The biggest difference between the new Ghost Rider and his predecessors is that Reyes drives a souped up hot rod and not a motorcycle.    Like his counterparts, he is a young, conflicted man, but one with more responsibilities than Blaze or Ketch started out with. Reyes is the custodial guardian of his younger, physically disabled brother and tries his hardest to keep him safe in a dangerous home environment.  Whether these elements from the comic will be translated to the television series will have to been seen, but if you are interested in Reyes’ current adventures, two collected volumes (Engines of Vengeance by Felipe Smith and Tradd Moore and Legend by Smith and Damion Scott) are currently available at your local comic store or online.

Marvel’s Agents of S.H.I.E.L.D will also be moving to a new time slot, debuting September 20th at 10 p.m.  Is this being done to allow for more supernatural elements and violence that is usually associated with Ghost Rider or to make the series more “adult” ala Marvel’s Netflix programming? Programs like Daredevil, Jessica Jones, and the upcoming Luke Cage and Iron Fist series have pushed the envelope in terms of adult content, and Ghost Rider may be the character that injects the same tone into Agents of S.H.I.E.L.D.

If you are interested in more information and speculation, please see the Horror News Network article “The Doctor Strange Movie Could Lead to the Rise of the Midnight Sons” and the series of interviews done with original Marvel Midnight Sons writers Howard Mackie,   D.G. Chichester, Christian Cooper, and Gregory Wright.