The latest reveal on the upcoming Dexter: New Blood is an interesting mingling of the new and old–literally.

The new 10-episode limited series that reportedly will finally bring closure to the popular Showtime program will debut Nov. 7, with the remaining episodes airing weekly thereafter. And the cast photo on this page, courtesy of collider.com, shows star Michael C. Hall along with new, old and recurring characters.

Posing outside a cabin on what appears to be a wintry, snowy evening are Clancy Brown as Kurt Caldwell, Johnny Sequoyah as Audrey Bishop, Jack Alcott as Harrison Morgan, Alano Miller as Logan, Julia Jones as Angela Bishop, Hall as Dexter Morgan and Jennifer Carpenter as Debra Morgan.

The new series picks up a decade after Dexter went missing during Hurricane Laura. The former Miami Metro Police Department forensic specialist (who doubles as a vengeful serial killer) is now living under an assumed name in the small town of Iron Lake, N.Y.

And, while Dexter may be embracing his new life, “in the wake of unexpected events in this close-knit community, his Dark Passenger beckons,” according to the official synopsis.

Phillips said the finale of this new run will be “stunning, shocking, surprising and unexpected. The ending of this new season will blow up the Internet.”

The original 96-episode run of Dexter–which wrapped up unsatisfactorily in 2013–was developed by John Manos Jr. from the 2004 novel Darkly Dreaming Dexter. The show was nominated for 24 Primetime Emmy Awards and won a Peabody Award in 2007. 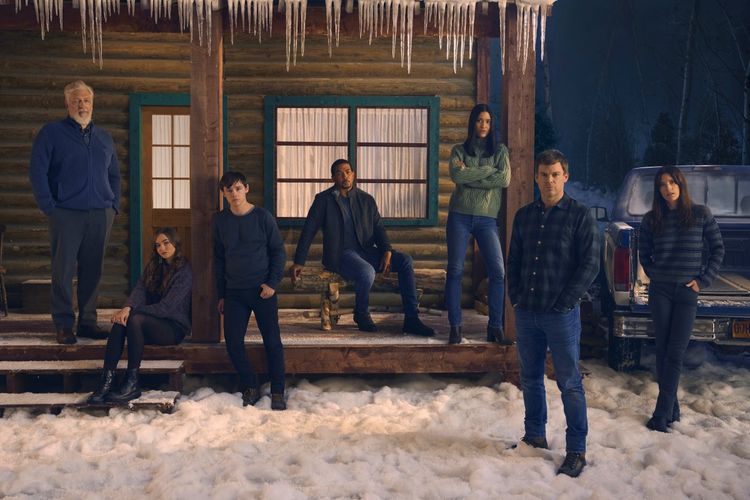