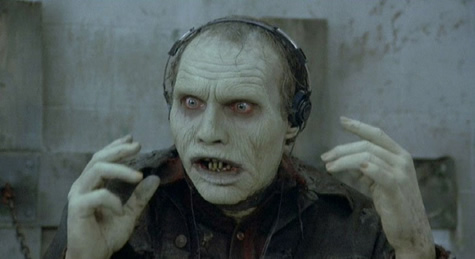 New Day of the Dead Remake on the Way

New Day of the Dead Remake on the Way

Lati Grobman and Christa Campbell, who produced “Texas Chainsaw 3D,” revealed to the LA Times that they have acquired the rights from James and Robert Dudelson (Producers of the 2008 remake).

“Zombie movies are really popular right now, and we feel we could do this right,” said Campbell.

Grobman said she and Campbell wanted to prove that “Texas Chainsaw 3D” was not a fluke. “Everybody in town was claiming they were behind its success,” she said. “We wanted to show that we didn’t just get lucky. It was a very calculated production.”

The two said they had very few specific ideas about their “Day of the Dead” remake except that it would try to honor Romero’s original, which was a follow-up to the filmmaker’s seminal horror films “Night of the Living Dead” in 1968 and “Dawn of the Dead” in 1978.

“We want to keep it as close to the Romero version as possible,” Campbell said, “to make sure that his fans are happy.”