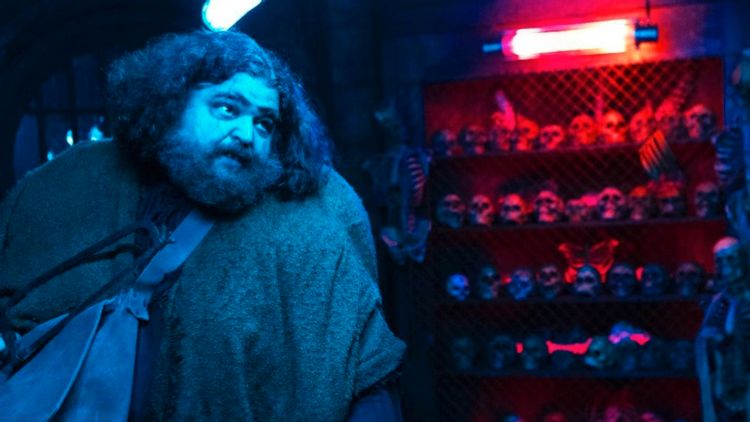 Well, Rob Zombie is certainly showing a sense of humor as he continues to flesh out the cast for his reboot of The Munsters.

Instead of finding his Eddie or Marilyn–as might be expected (will they even be in this film?)–the outlandish filmmaker/musician this week took to Instagram to unveil a brand-new character to the bizarre family living at 1313 Mockingbird Lane.

Check out the photo on this page–courtesy of movieweb.com–and feast your eyes on Floop. No, that’s not a typo. Zombie has cast Jorge Garcia–perhaps best known for his role as Hurley on the hit series Lost–as Floop, described as the hunchback assistant to Dr. Henry Augustus Wolfgang (played by Richard Brake).

Oh yeah, Floop is also supposedly Herman’s “best buddy,” according to Zombie. With a name like that, he’ll need all the friends he can get.

The rest of the cast–as previously announced–includes Jeff Daniel Phillips as Herman, Sheri Moon Zombie as Lily, Daniel Roebuck as Grandpa, Sylvester McCoy as Igor and Catherine Shell as Zoya Krupp (Zombie has a way with names).

The Munsters reboot does not yet have a definite debut date, but the film is expected to release in theaters (and likely on Peacock) sometime this year.

The TV series that acts as the springboard for this film–which ran on CBS for 70 episodes from 1964-1965–starred Fred Gwynne as Herman, Yvonne De Carlo as Lily and Al Lewis as Grandpa, with Butch Patrick as son Eddie and Beverley Owen (later replaced by Pat Priest) as niece Marilyn. No Floop in sight.

Keep reading Horror News Network for the next update on Rob Zombie’s The Munsters.

‘The Munsters’ Cast Continues To Grow–Zombo Makes His Return

Uncle Gilbert Splashes Onto Set Of ‘The Munsters’