For a slasher feature, this title pretty much says it all.

Bodies Bodies Bodies–the latest A24 horror entry–is heading to theaters this summer, and a new poster that reveals the cast members was unveiled this week. Check out the poster–courtesy of collider.com–on this page. 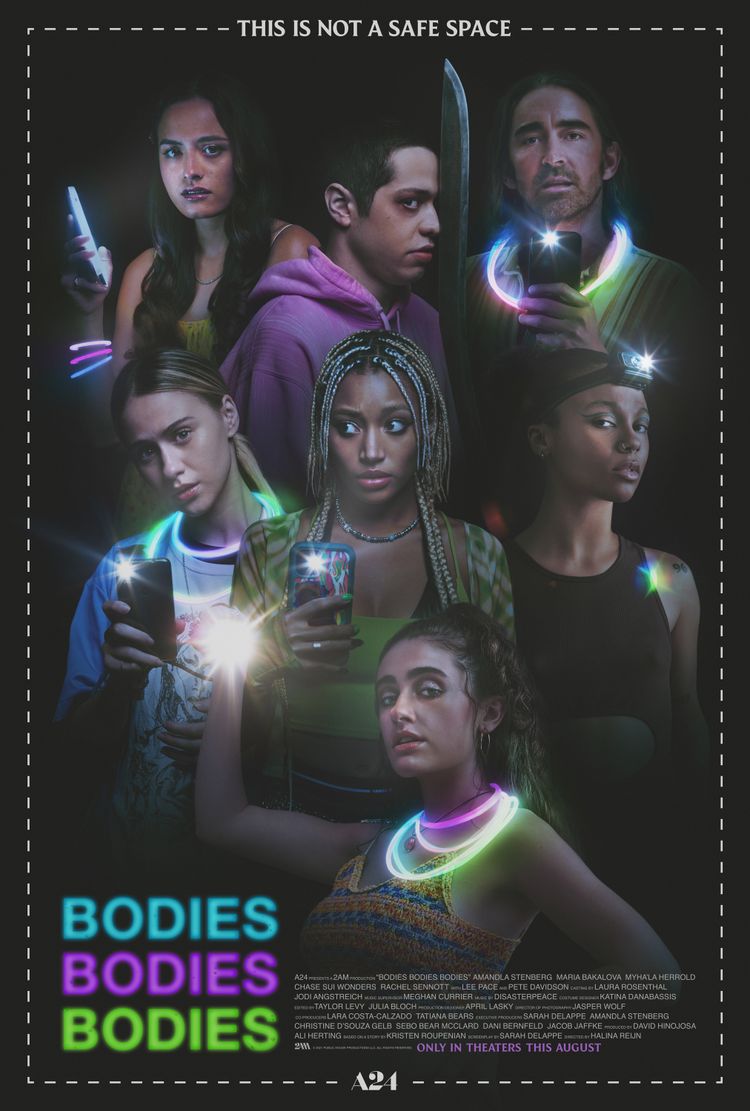 The R-rated film–premiering Aug. 5–is the English-language feature debut for director Halina Reijn, who worked off a screenplay by Sarah DeLappe (from a spec script by Kristen Roupenian).

Bodies Bodies Bodies–which, by the way, is the name of the dangerous game played in the film–stars Amandla Stenberg as Sophie, a young woman fresh out of rehab who hosts a house party and invites her girlfriend Bree (Maria Bakalova) to meet her new friends.

But the party takes “a turn for the horrifying,” according to the logline, when the group plays a game that ends with a real-life murder, “forcing Sophie, Bree and the others to find out who’s responsible.”