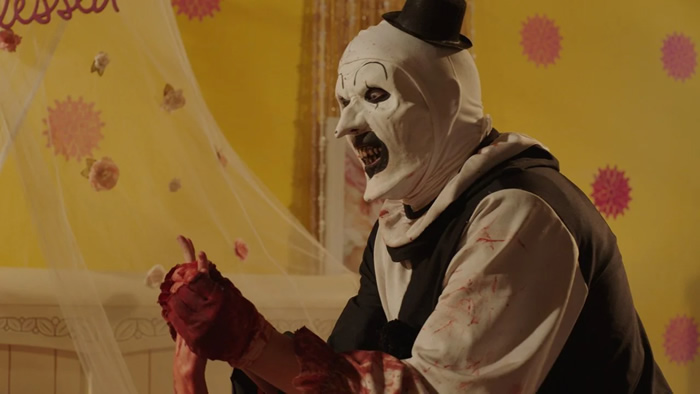 Terrifier 2–the sequel to the 2016 slasher–hits theaters later this week–Oct. 6–and one last clip has dropped to tease the carnage sure to come. Check out the video–courtesy of Screen Rant–on this page. 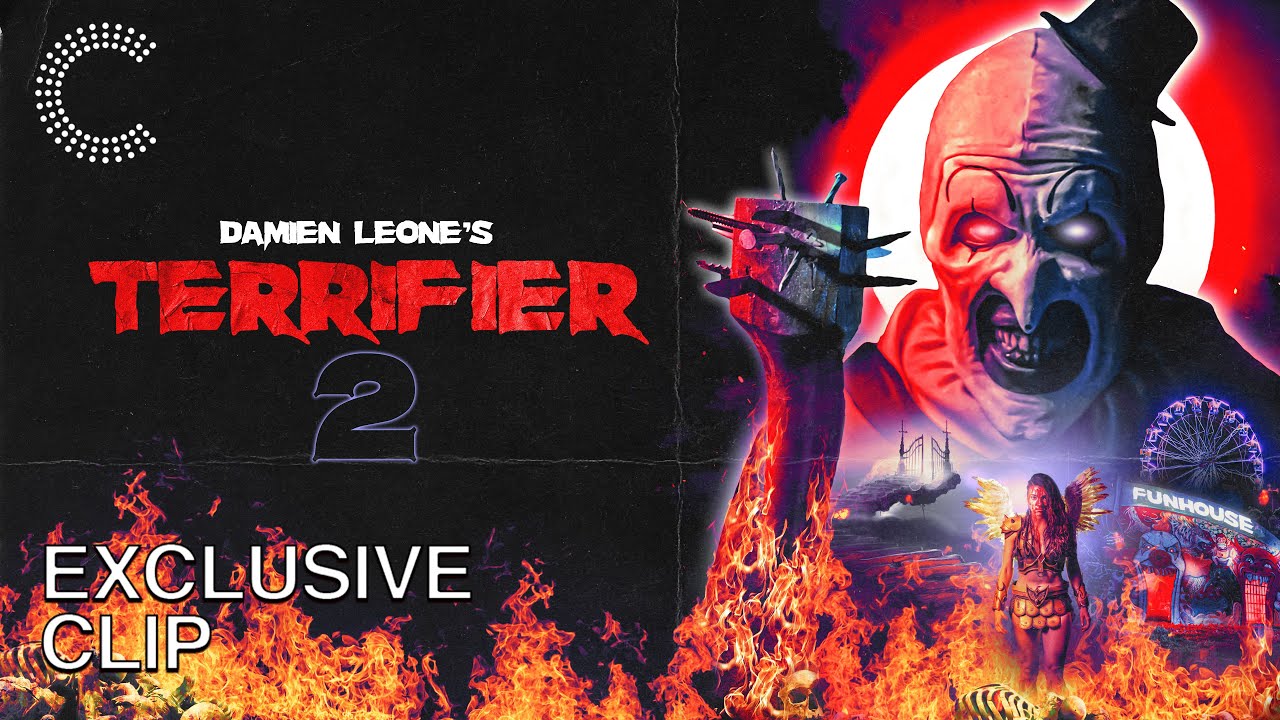 The sequel–from writer, director and producer Damien Leone–brings back David Howard Thornton as the always-bloody Art the Clown and Samantha Scaffidi as Victoria Heyes. Joining them in this bloodbath are Lauren LaVera, Sarah Voigt, Kailey Hyman, Casey Hartnett, Elliot Fullam and Felissa Rose.

In the gorefest, Art is resurrected and pursues Sienna Shaw (LaVera) and her younger brother Jonathan (Fullam) on Halloween night, “one year after mutilating sole survivor Victoria (Scaffidi) and committing suicide when confronted by police,” according to the synopsis. Some clowns gotta hog the spotlight.

In discussing the sequel, Leone said fans “have always believed in the franchise,” and added that his goal was to “create a horror film that was boundary-pushing, fresh and yet old-school–and demented as hell.”