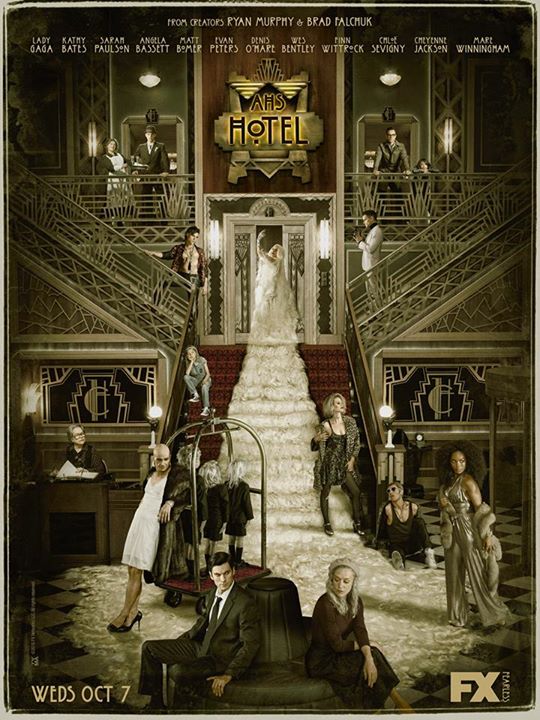 The official   ‘American Horror Story: Hotel’ Facebook page released a new poster today. It shows all of the new characters and Lady Gaga’s The Countess and her insane hair. You can view the incredible new poster art below.