Sideshow continues to put a hurt on the pockets of horror fans as they have revealed a 1:4 scale statue of Michael Myers based on the 1978 classic Halloween.

PCS Collectibles put together this meticulous statue which stands 23” tall and has Michael wielding his signature knife while standing upon a Myers house themed base. As you rotate the base key scenes from the film are sculpted through the windows of the house including Michael’s first kill as a child, the deaths of Bob Simms and Annie Brackett, and the harrowing closet attack as seen from Laurie Strode’s perspective.

If that is not enough to get you salivating at the mouth, the statue features synthetic hair on the mask fabric coveralls.

For those fans that collect more rare items, an  exclusive edition of the statue is available as well which features a bloody knife and light up pumpkin.

The statue is slated to be released between February – April of next year. Keep it locked to Horror News Network for more news on upcoming horror collectibles. 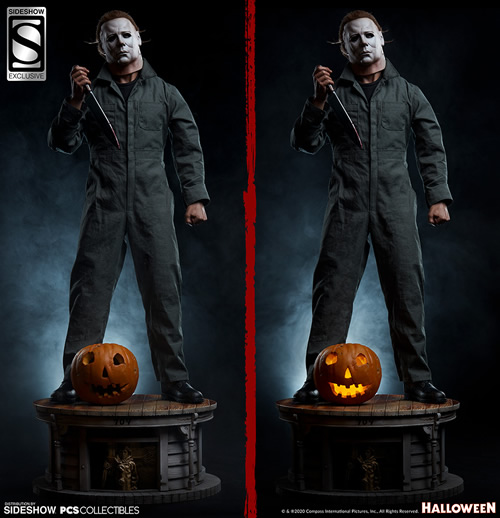 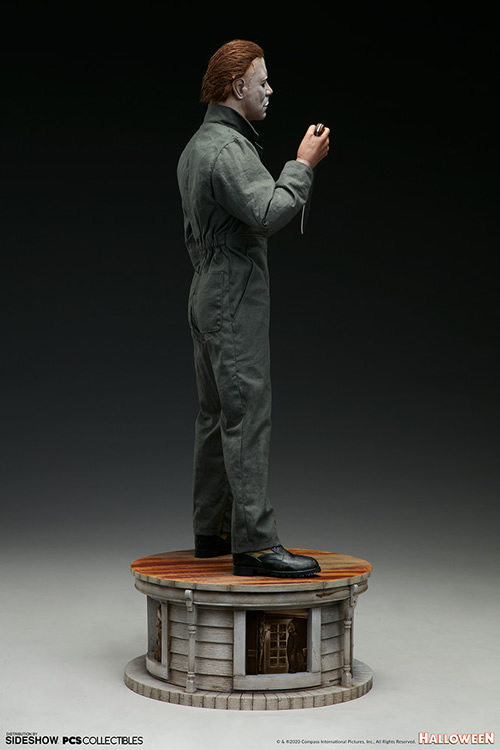 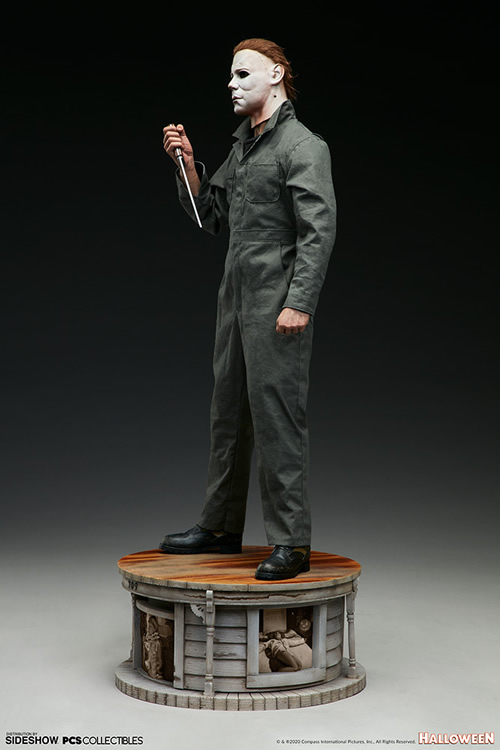 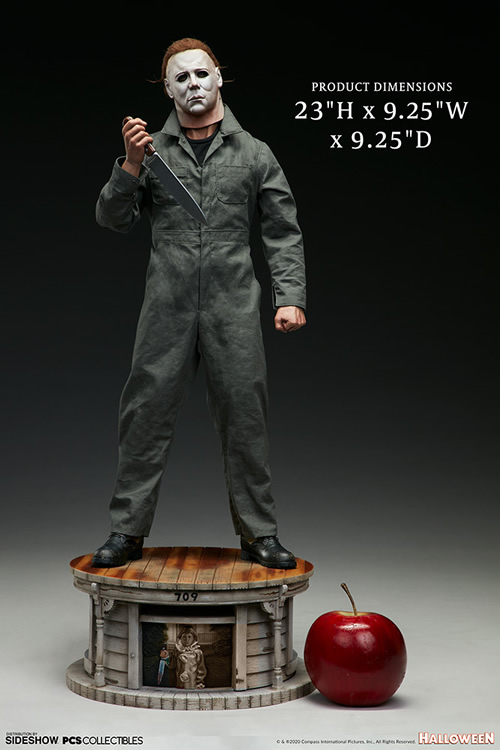 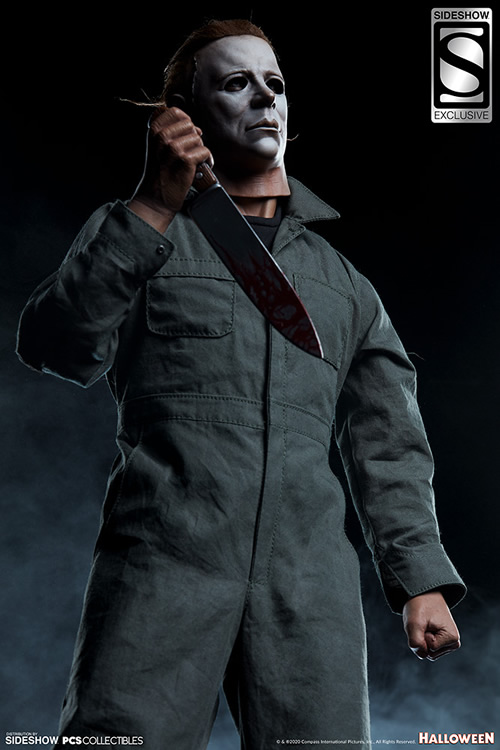