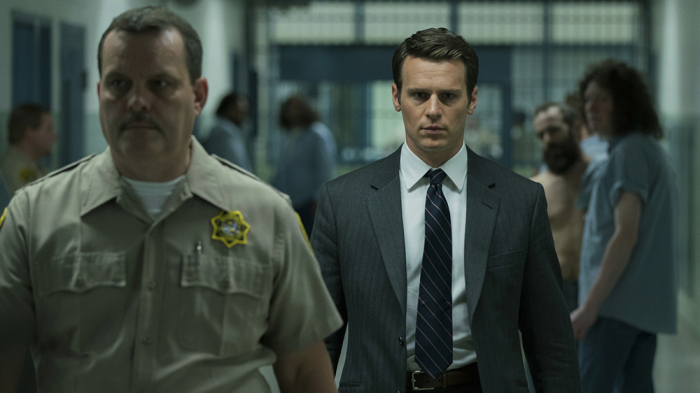 Netflix’s critically acclaimed new series Mindhunter has just been renewed for Season Two! The hot new program- which was created by Joe Penhall and co-produced with episodes directed by the legendary David Fincher among others- instantly clicked with fans of intelligent and suspenseful storytelling. The show stars Jonathan Groff and Holt McCallany, and it focuses on a critical point in time for the FBI as it entered a transition period in how it began to understand and apprehend the serial killers of the late 1970s.

The creators of Mindhunter shared the good news of the series’ renewal on the show’s official Twitter page. Featuring the tagline, “We need to talk to more subjects,” the post includes a brief video clip highlighting the show’s Rorschach test-like imagery. You can view the clip below:

We need to talk to more subjects. pic.twitter.com/7pTnxAhM0G

While it’s far too early to talk premiere dates for Season Two, the first season ran this October so we can expect at least a year in between seasons. Netflix hasn’t typically adhered to annual release schedules like the major networks, so the season will come out whenever it’s done, and not a minute sooner!

Stay tuned to Horror News Network for more details on Season Two of Mindhunter as they break!