Netflix wants to celebrate the geek in all of us.

Geeked Week–a virtual five-day event that puts the spotlight on upcoming Netflix genre content–will take place next month, and a trailer was dropped this week to give fans a taste of what’s to come.

Check out the video on this page–courtesy of comicbook.com–that boasts clips from such genre shows as The Sandman, Stranger Things 4, Sweet Tooth, Resident Evil, First Kill and Locke & Key. 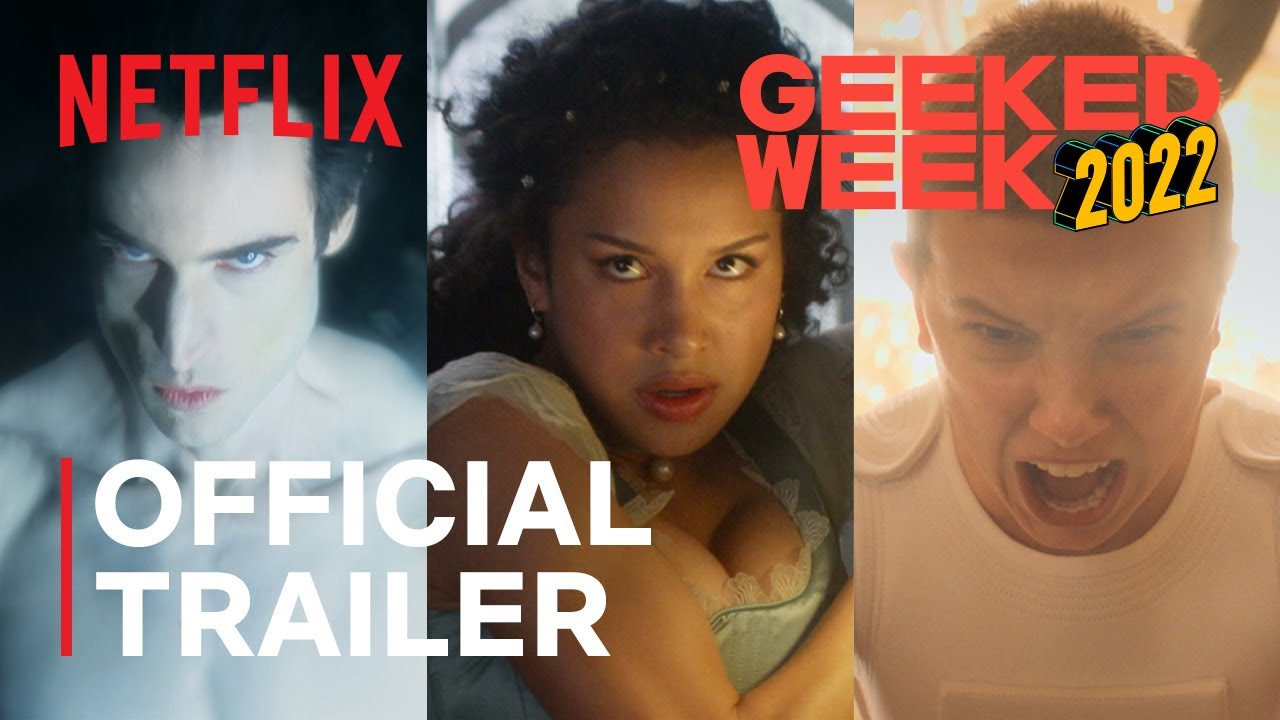 Geeked Week–slated for June 6-10–will feature trailers, first looks and behind-the-scenes footage of these shows, in addition to cast interviews, celebrity games and more.

One of the most-anticipated Netflix events this year will be the fourth season of Stranger Things–which kicks off with Volume 1 on May 27–and one of the stars, Millie Bobby Brown, said the show will “dig deep into Eleven’s beginnings and how she  became who she is with the people around her–and how to gain that autonomy and become this woman on her own. The slogan of this storyline is ‘It’s the beginning of the end’.”

Another cast member, Sadie Sink, said Stranger Things 4 is “the most bizarre season we’ve ever had. The scale of it is out of this world.”

Keep reading Horror News Network for further updates on Stranger Things 4 and all the genre offerings from Netflix.