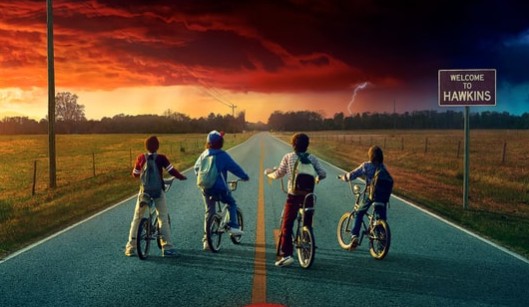 With just a few short months before the premiere of Season Two of Netflix’s smash hit Stranger Things, information is beginning to come in hot and heavy! We always knew that the show would return sometime around this coming Halloween, but now we know the exact date you can start streaming. The season will be available in its entirety on Friday, October 27th, 2017. That gives you just enough time to binge watch the entire thing once or twice before trick or treating!

In addition to the release date, Netflix also revealed poster art for the upcoming season: 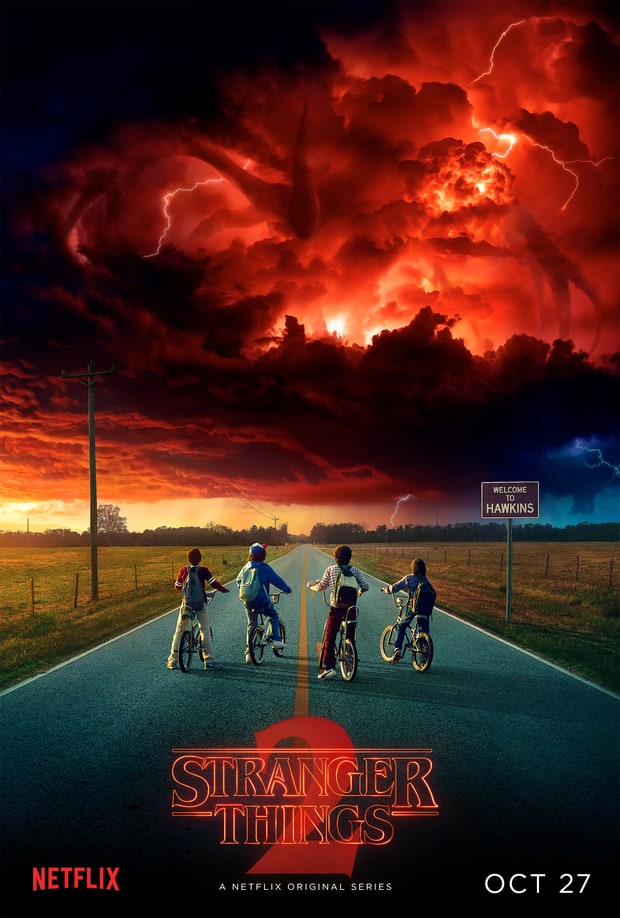 The artwork aligns with the overall message we’ve been receiving that the next season in the series will be darker and scarier than the first one. Like any good teaser poster, the image asks more questions than it answers. What is that giant creature in the sky? Our favorite boys are all here, but where’s Eleven? We’ll know soon enough…

Finally, if this info wasn’t enough to satisfy your pre-season cravings, the official Stranger Things Twitter account posted up a very short teaser clip to announce the release date for Season Two. You can view it in its entirety below:

Some doors can't be closed. #StrangerThings2 arrives on October 27. pic.twitter.com/NALL5HQalg