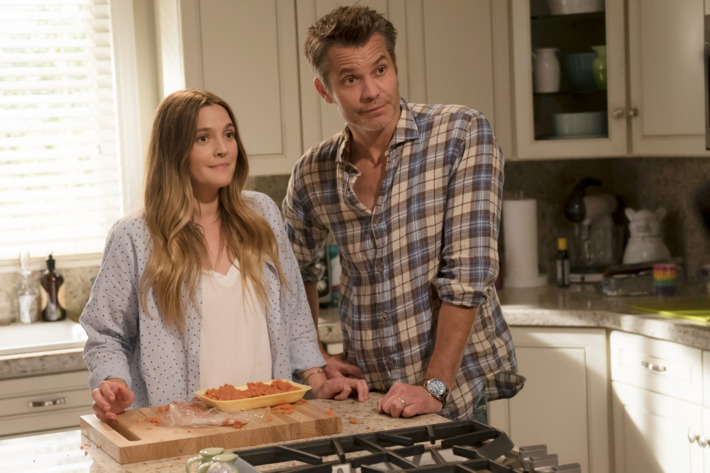 Set to be 10 episodes, the third season of SCD is slated to launch in 2019. The entire main cast of the show are set to return, including Barrymore, Olyphant, Liv Hewson and Skyler Gisondo.

Created by Victor Fresco, SCD centers around Joel (Olyphant) and Sheila (Barrymore), husband and wife realtors leading somewhat discontented lives in the Los Angeles, CA suburb of Santa Clarita with their teenage daughter Abby (Hewson). Circumstances change dramatically when Sheila goes through an unexpected transformation sending their lives down a road of death and destruction but in a good way for the family.

Coming from Aaron Kaplan’s Kapital Entertainment and Tracy Katsky’s Kapital-based KatCo, the renewal arrives less a month-and-a-half after the series’ 10-episode second season was released on March 23. As was the case with the previous season, the show’s writers already have begun working on stories and scripts for next round of episodes.

Fresco also serves as showrunner and executive producer with Barrymore through her Flower Films banner. Netflix is the studio currently streaming SCD.