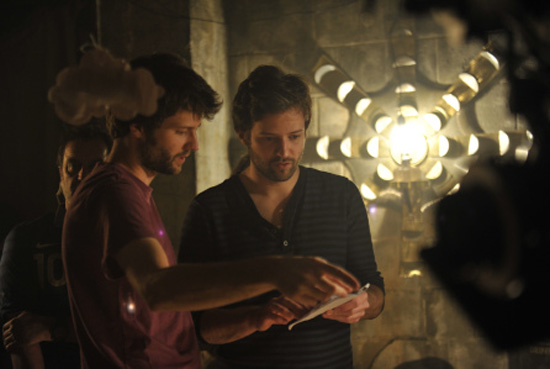 Netflix has picked up ‘Montauk’, a supernatural drama series set in the 1980s from Matt Duffer and Ross Duffer (Wayward Pines, Hidden) .  Shawn Levy is executive producing the series, which will be eight hourlong episodes coming in 2016.  The young genre filmmakers, who will write and direct the series, have described it as a love letter to the ’80s classics.   ‘Montauk’ centers around the friends and family searching for a young boy who seemingly vanishes into thin air during the 1980s in Montauk, Long Island.   What develops is an intriguing mystery involving a horrifying supernatural forces, secret government experiments and a strange little girl. The Duffer brothers will also be executive producing the series, along with  21 Laps’ Levy and Dan Cohen for Netflix.  The twins created a lot of buzz in 2011 when, despite being just out of college, had multiple movie studios after their spec script for ‘Hidden’, which ended up at Warner Bros.   They went on to direct the horror film, which stars Alexander Skarsgård and has yet to be released.   Netflix’s VP Original Content, Cindy Holland, said “Matt and Ross are emerging filmmakers with an unmistakable passion for genre and suspense. Their unique voice infuses this coming-of-age drama with supernatural thrills that will captivate our global audience.”