Academy Award-winning actress Halle Berry has been tapped to star in the upcoming sci-fi drama film The Mothership for Netflix, according to a report from Deadline.  No other details have yet to be announced by streaming giant regarding production, but it’s safe to say that The Mothership will see a late 2021 or 2022 release on the service.

Berry, who won a Best Leading Actress Oscar in 2002 for her portrayal in Monster’s Ball, has also signed on to executive produce The Mothership along with Danny Stillman (Krampus, Maze Runner: The Death Cure).  This announcement continues a growing relationship between Berry and Netflix, who picked up her directorial debut Bruised recently after a premiere at last year’s Toronto International Film Festival.  She is also starring in the upcoming Roland Emmerich film Moonfall, alongside Patrick Wilson and Donald Sutherland.

Written by the Oscar-nominated Matthew Charman, who also directs, The Mothership shows the anguish and desperation of Sara Morse (Berry), whose husband mysteriously vanished from their rural farm.  In the search to find him, Morse and her children stumble upon an object that appears to not be of this earth as the details and clues continue spiraling into the unknown.  The movie will be released by both Netflix and MRC Film, who also produced 2013’s Elysium among many other film and television projects.

Stay tuned to HNN for more news on Netflix’s The Mothership as it breaks! 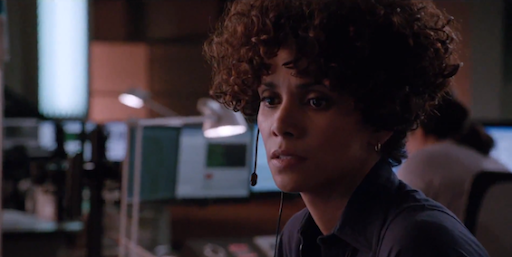