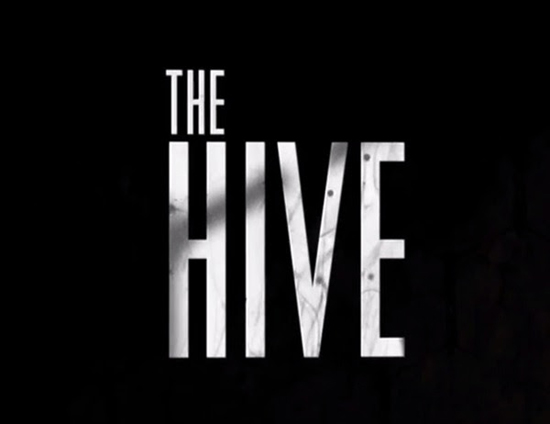 Described as “the most horrifying love story ever!” by Guardians of the Galaxy director James Gunn, The Hive is a cross-genre thriller starring Gabriel Basso (Kings of Summer, Super 8), Kathryn Prescott (MTV’s Finding Carter, Skins), Jacob Zachar (Greek) and Gabrielle Walsh (Vampire Diaries) that received rave reviews after its debut at Fantastic Fest.

When Camp Yellow Jacket falls into chaos, teen counselor Adam wakes up in a boarded up cabin with no memory of who or where he is. His only clue as to what’s happening are the notes he’s scrawled for himself on the walls and the disturbing physical transformation he must overcome. The only memories he has aren’t his own, yet those memories may be the key to Adam’s survival.

The film turns genre convention on its head to tell a story that taps into the anxiety and emotions we’ve discovered in a post-online world.  In the same way George Romero sought to comment on consumerism in the 1970’s, Dave Yarovesky has found a parable for the digital age.

Upon the release of the trailer, music visionary and executive producer Steve Aoki said, “I love music because it connects people all over the world, making them feel the same shared feelings of joy or sadness or excitement. But music isn’t the only thing that connects us; a film can make us laugh at the same time, cry at the same time or… scream at the same time. “ Aoki continued, “I’m excited to make people scream with our new movie Nerdist Presents: The Hive. I’m an executive producer on the film and you can hear tracks from my album, Neon Future, in the movie.”

Adam Rymer, president of Nerdist Industries and Legendary Digital Networks, echoed Aoki’s enthusiasm saying, “The film’s balance of horror, comedy, sci-fi and romance is fresh and perfect for the Nerdist audience. We’re excited to share this unique film with the world in a way that only Nerdist Industries can. “

Coming to theaters and VOD platforms this fall, Nerdist Presents: The Hive is the next generation of horror film that Ain’t it Cool calls, “Evil Dead meets Memento.” Stay tuned to Nerdist.com for more from #TheHive.

You can view the new trailer here.