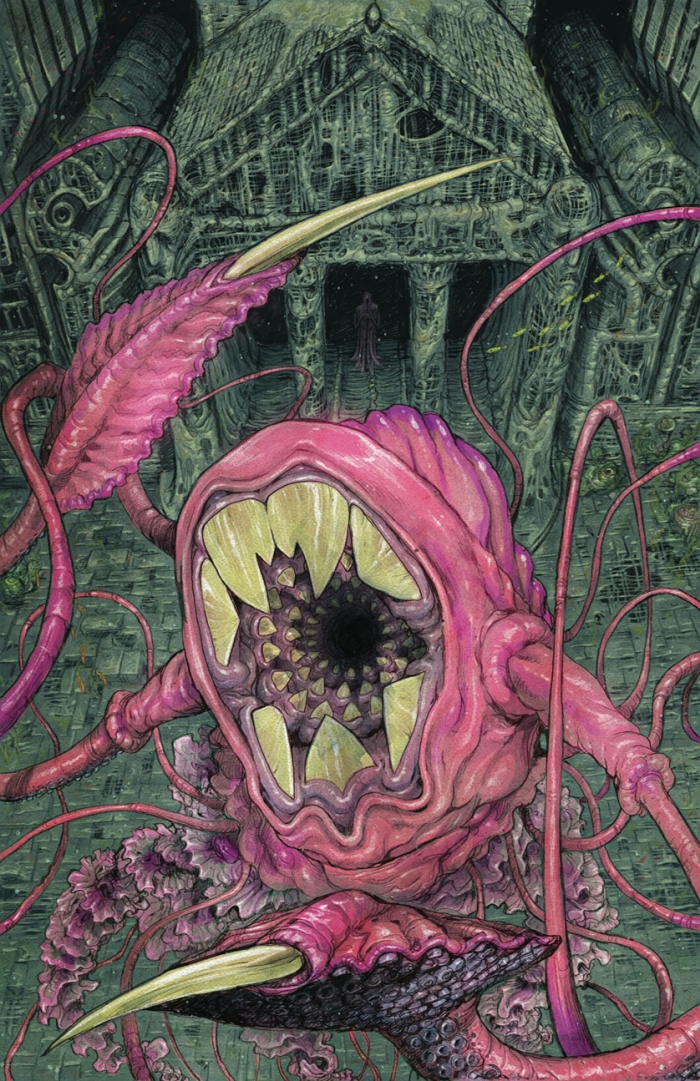 When one man’s writer’s block gets in the way of his suicide note, he goes for a walk to clear his head and soon uncovers a century-old conspiracy dedicated to creating and mining the worst lows of human desperation. A corporation has manipulated his life purely so they can farm his suicide note as a sadness artifact that will be packed and shipped to ancient underwater creatures who feed off our strongest and most base emotions. Our hero partners with a cult intent on exposing the corporation, and only a suicide mission can solve the whole mess.

Written by Ryan K Lindsay and art by Owen Gieni.