Now you see him…now you don’t.

NECA will expand on its Universal Monsters Ultimate Figure line with a brand-new Invisible Man action figure. There’s no word yet about a release window, but check out the photos of the figure, courtesy of toynewsi.com. 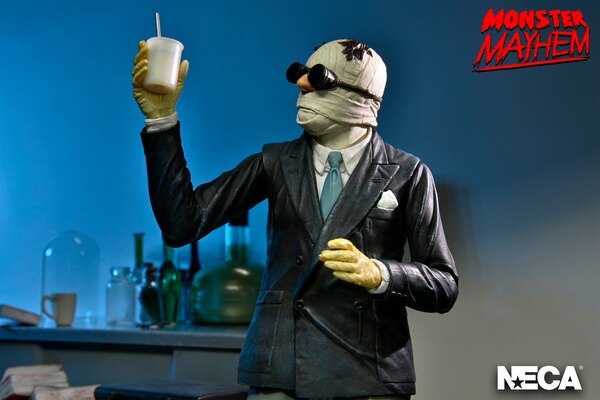 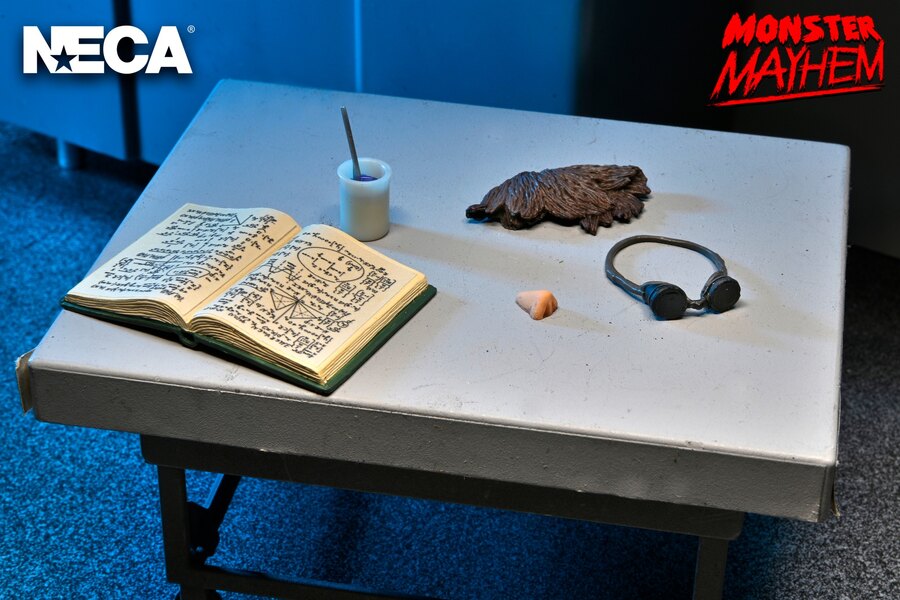 The announcement–no doubt a welcome revelation for all horror fans wanting to add to their collections–comes as part of NECA’s Monster Mayhem Month of reveals.

Few details about the seven-inch collectible have been dropped so far, but it looks like the figure will come with a book of scientific notes, a drinking glass with straw, a wig, a nose and dark glasses. Everything any card-carrying invisible person would need.

Universal’s original 1933 The Invisible Man–directed by James Whale from a screenplay by Robert Sherriff (and based on H.G. Wells’ 1897 novel)–stars Claude Rains, Gloria Stuart and William Harrigan.

The film follows Dr. Jack Griffin (Rains), who is covered in bandages and has his eyes obscured by dark glasses–the result of a secret experiment that made him (you guessed it) invisible. The classic horror movie–which received high marks from critics and fans–spawned several sequels in the 1940s and a successful remake in 2020.