A statuette commemorating one of the most memorable transformations in horror movie history is almost ready to grace your action figure collection.

Following up on last month’s announcement of a Nightmare Demon figure from An American Werewolf in London (as reported here in Horror News Network), NECA is celebrating the cult classic’s 40th anniversary with a David Kessler werewolf in November, according to toynewsi.com. Check out the ready-to-pounce action figure on this page.

This new figure–priced at $34.99–is almost a foot long and has more than 30 points of articulation. The wolf form comes with interchangeable heads that boast different mouth and fang depictions. The collector-friendly window box includes an opening flap for easy display.

The 1981 horror-comedy from Universal Pictures–written and directed by John Landis–starred David Naughton, Jenny Agutter, Griffin Dunne and John Woodvine. The familiar storyline follows two American backpackers–David Kessler and his friend Jack–who are attacked by a werewolf while traveling through London. Only David survives, but he is soon visited by the undead Jack, who warns him that he will soon transform into a werewolf. And boy, does he ever.

An American Werewolf in London was a critical and commercial success. The film not only received an Academy Award for Best Makeup, but it also took home a Saturn Award for Best Horror Film. And at the box office, the movie grossed $62 million on a budget of just $6 million. 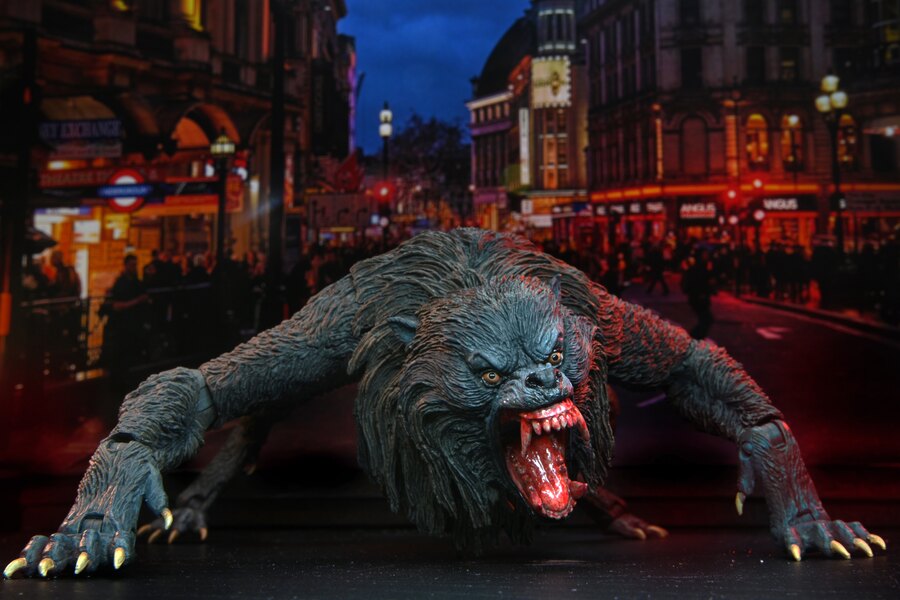 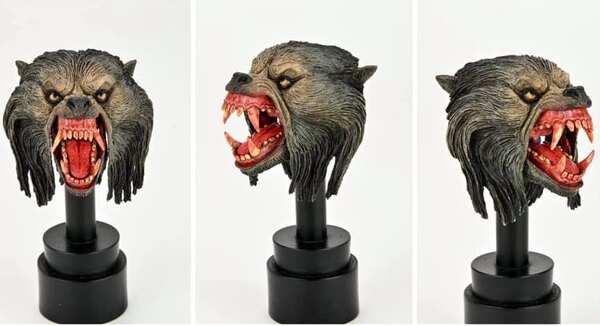 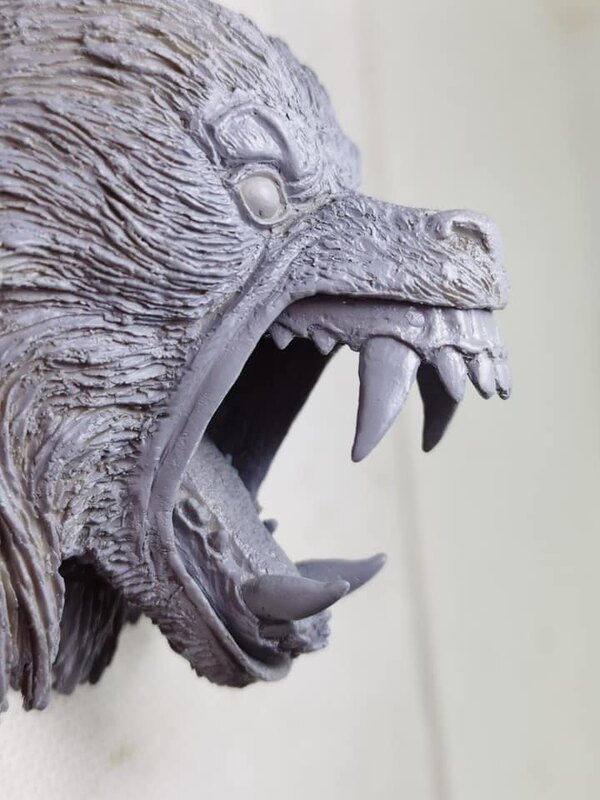 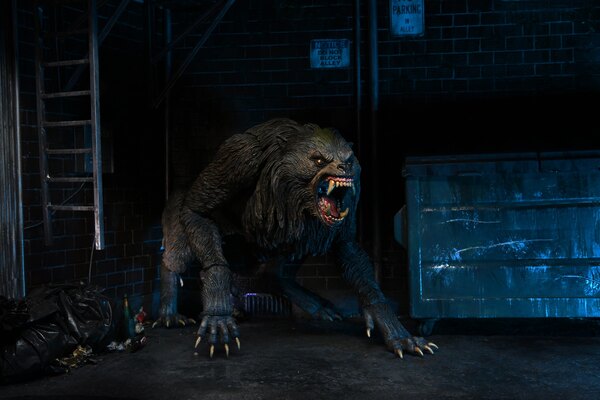 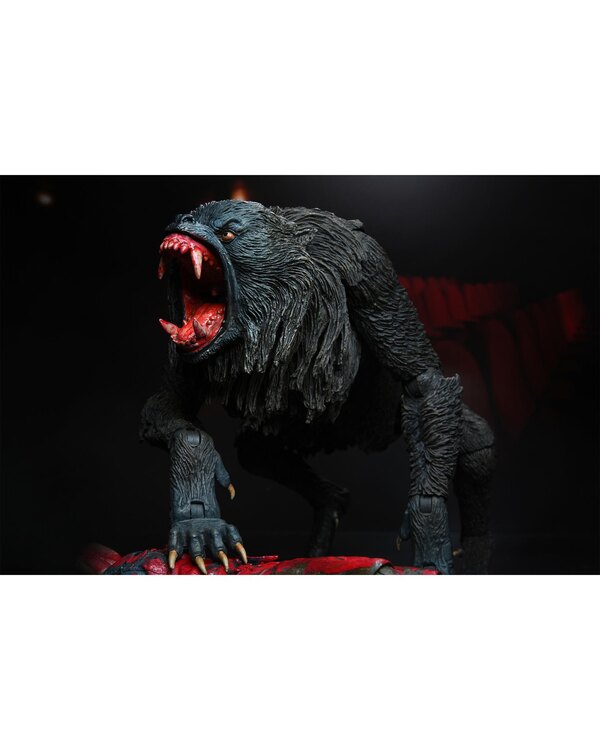