The film franchise may continue to be in legal limbo, but that’s not stopping the fine folks at NECA from producing some awesome Friday the 13th figures!  On Thursday the magnificent toy and collectible company released pictures of their upcoming Jason Voorhees piece from the Friday the 13th Part VII: The New Blood, and they are certainly glorious.  Check out the pictures from their official Twitter account below.

The New Blood is notable for being Kane Hodder’s first foray under the hockey mask, a role he would reprise three more times.  The figure is incredibly detailed, including a masked and un-masked version that looks exactly like an undead Hodder/Diamond Dallas Page.  Weapons are aplenty, and include the deadliest weed-whacker known to mankind.  Look for this to hit stores and online re-sellers in the immediate future.

As a bonus, NECA also slipped in yet another surprise with the announcement of the “Ultimate MacReady (Outpost 31)” figure from 1982’s The Thing.  It being Kurt Russell’s 70th birthday and all, this is fitting and welcome new for horror fans as well as collectors.  The pictures are mainly of the prototype wax head and torso sculpts for now, but the coming weeks should be very telling as to how complete and awesome this MacReady figure will be.  Expect Ultimate MacReady (Outpost 31) to be available “this summer.”

Stay tuned to HNN for more news on Jason And MacReady and all upcoming releases from NECA! 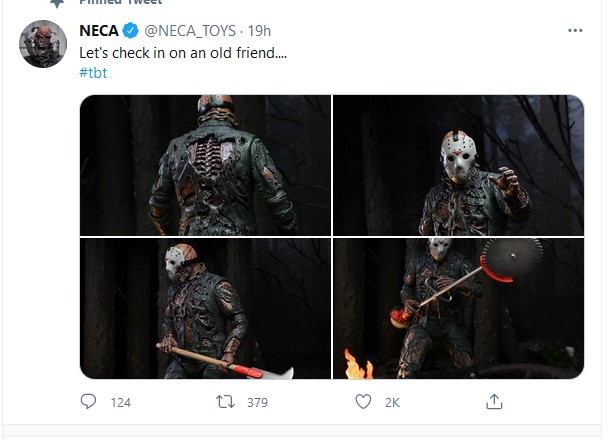 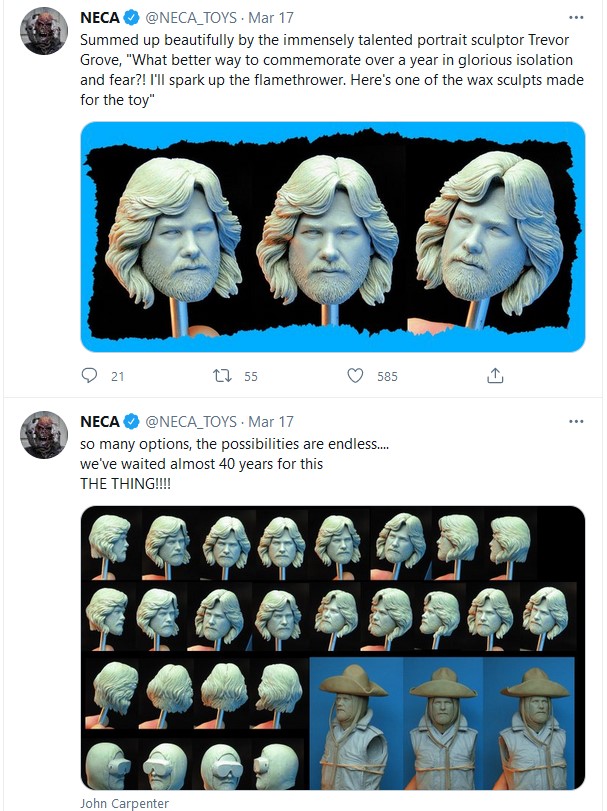 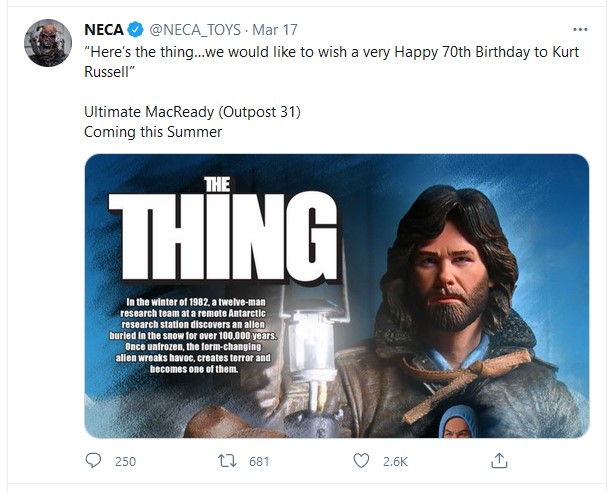 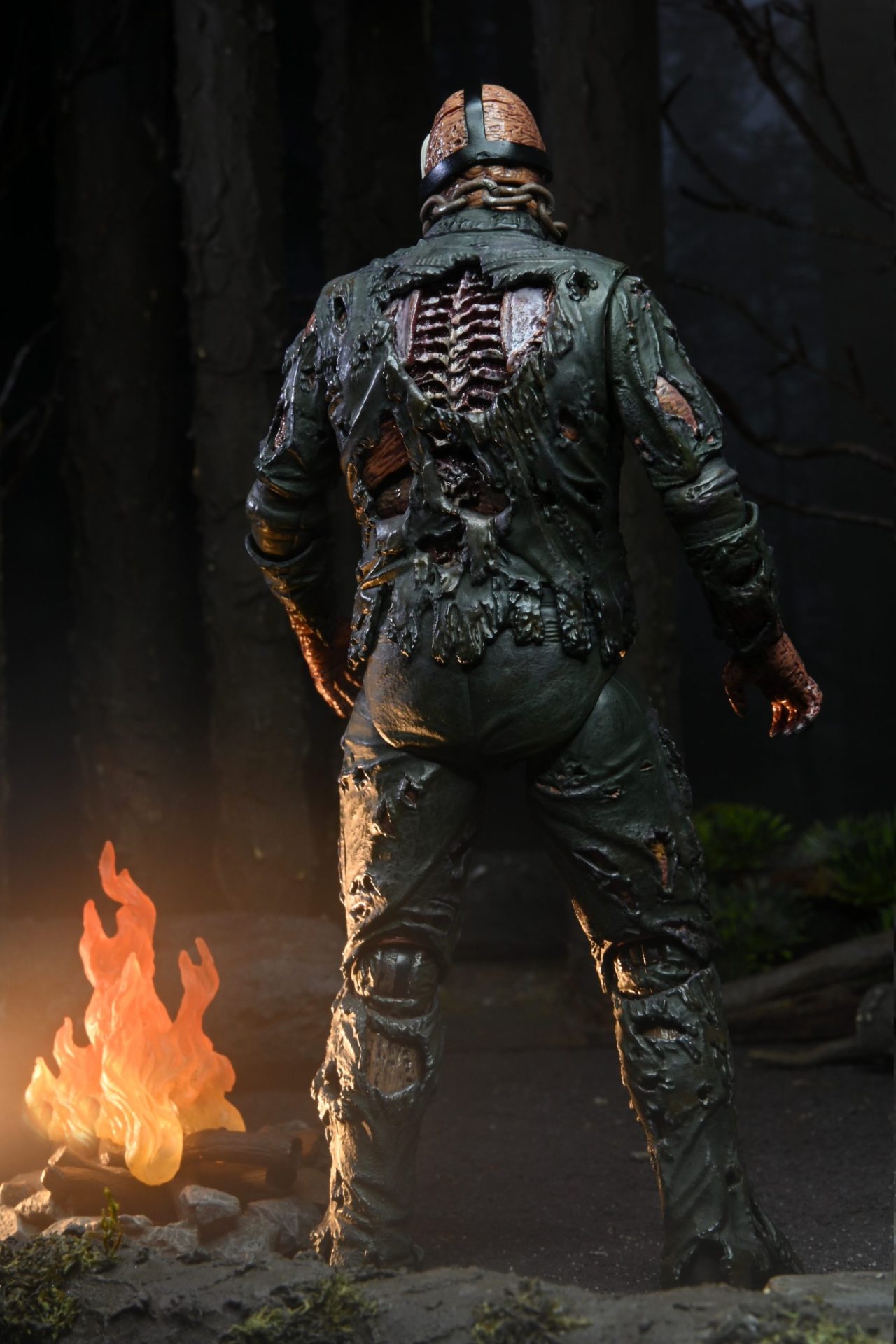 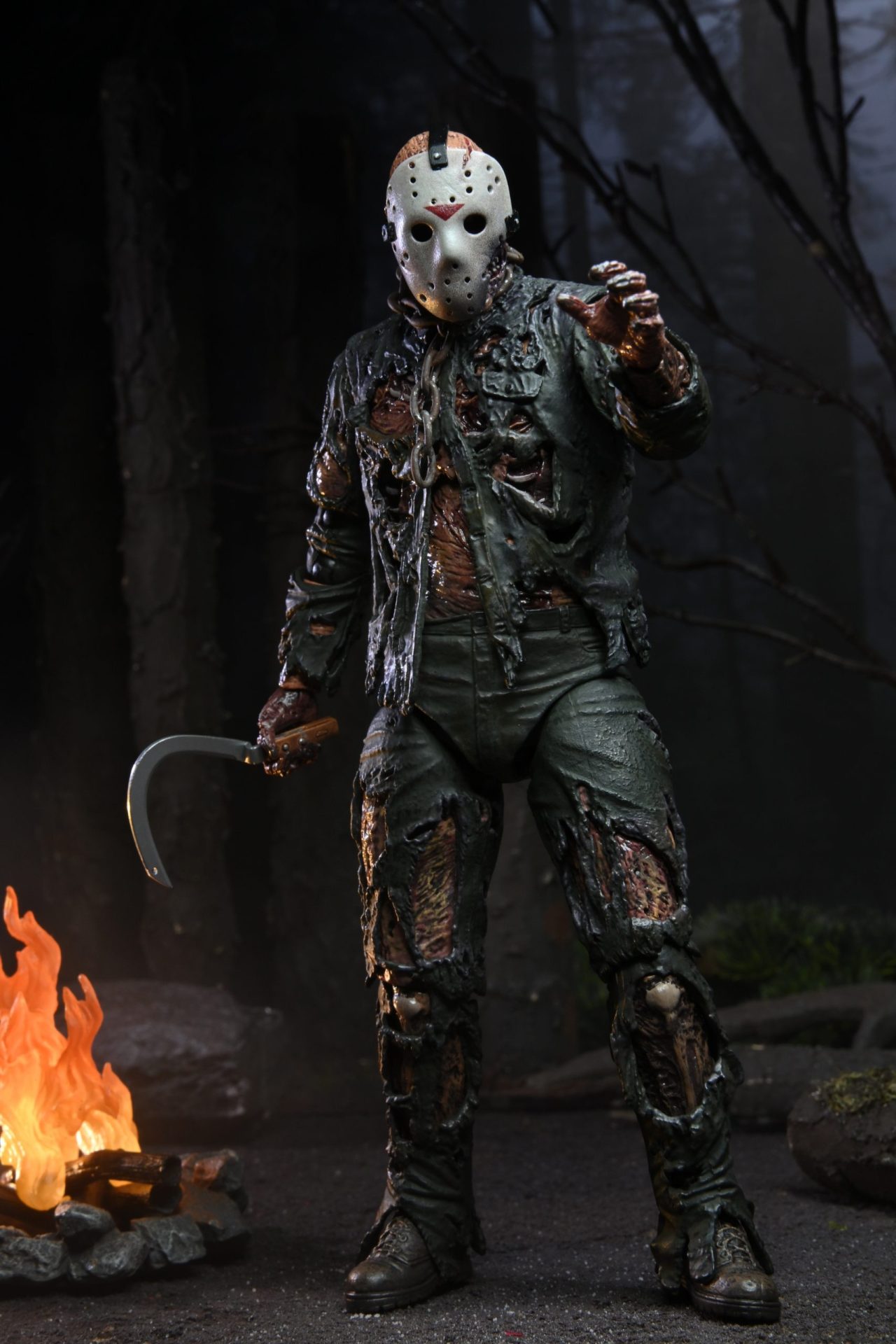 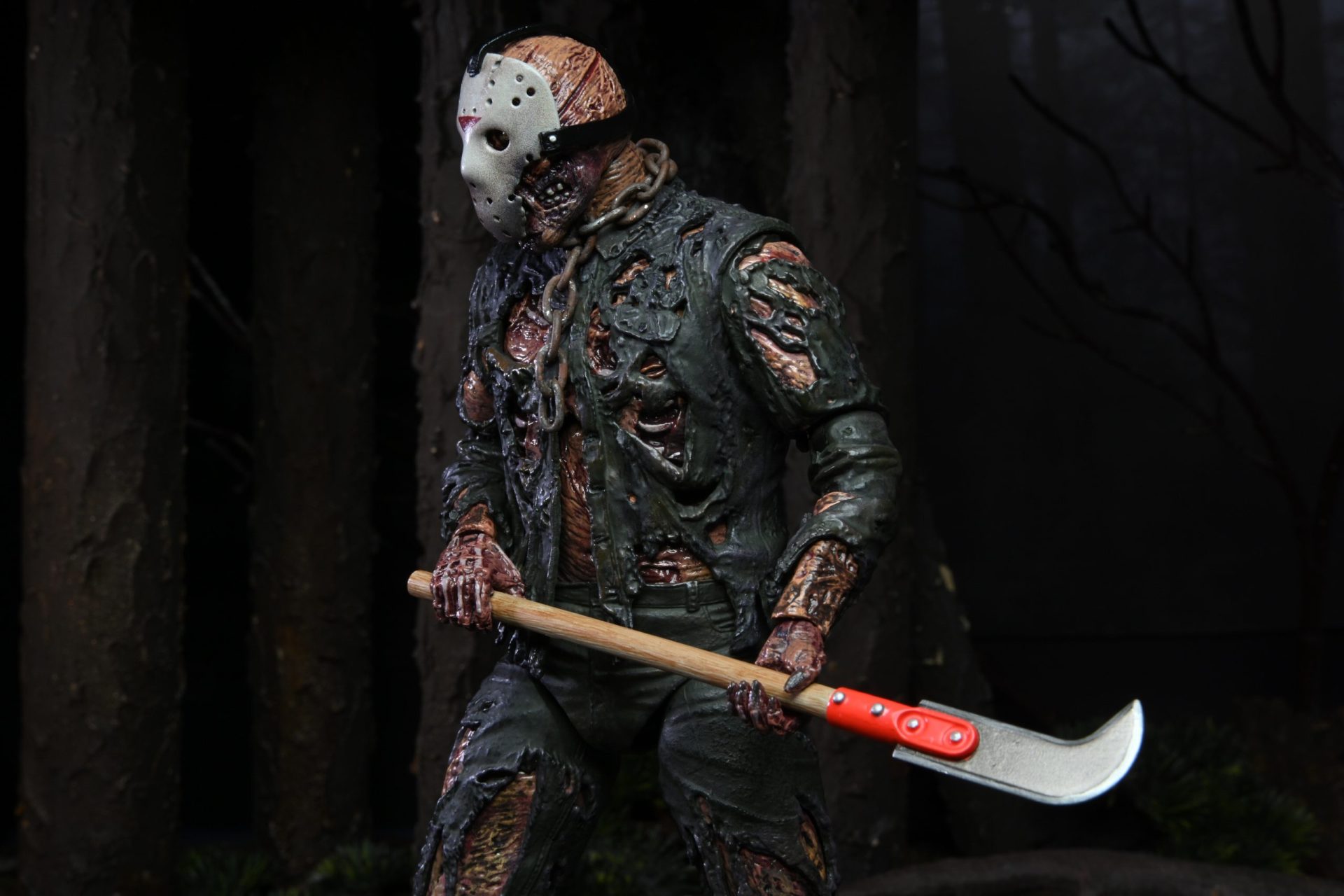 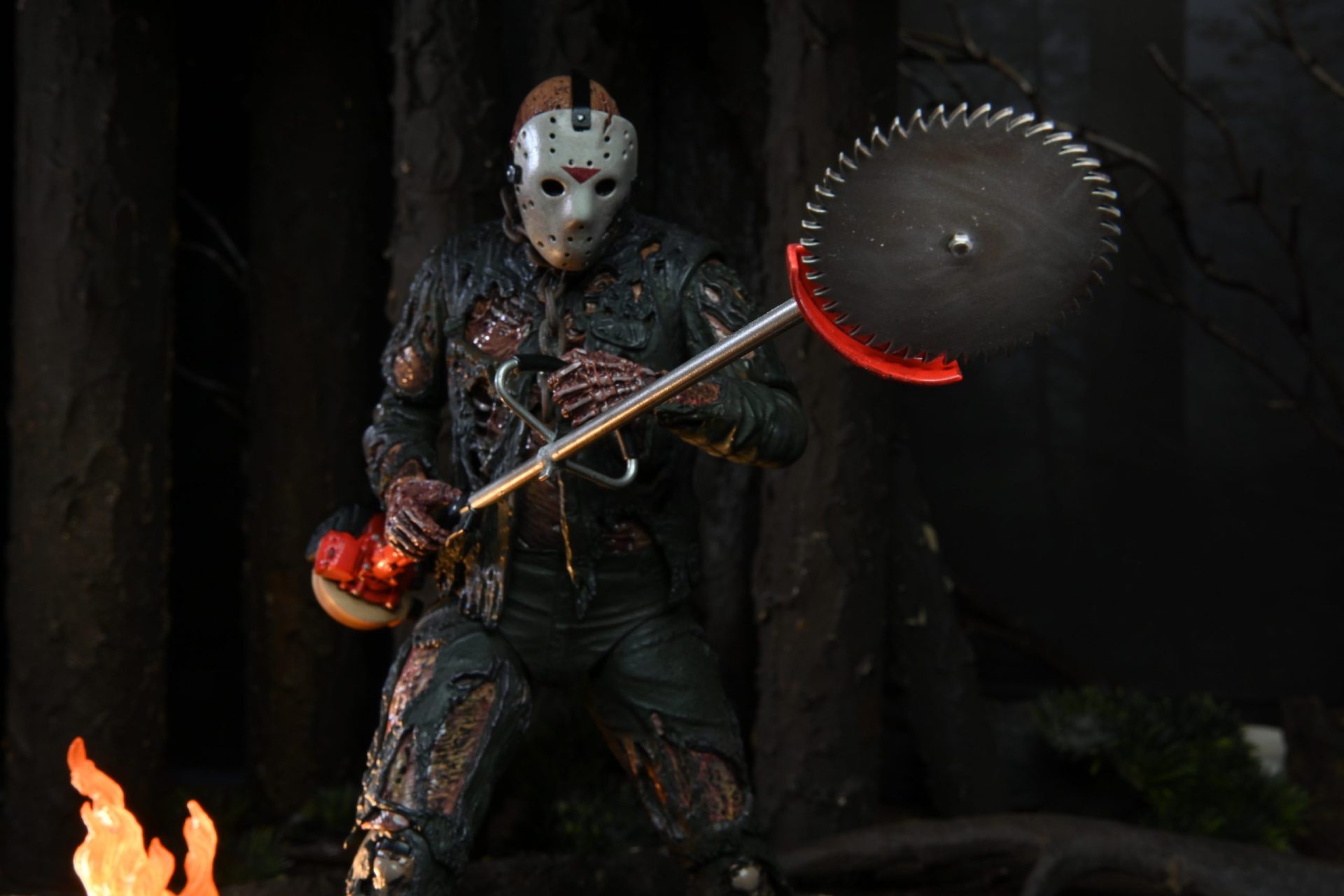