NECA this weekend warned horror fan’s that they “better watch out” during the next holiday season by teasing an action figure line based on the 2015 Christmas-themed Krampus film. Check out the promotional artwork, courtesy of toynewsi.com, here on this page. 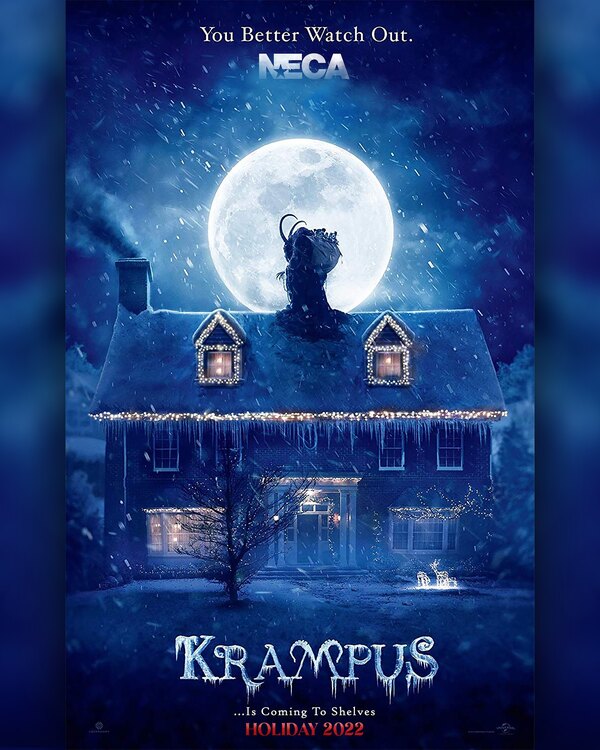 No details on the new line have yet been announced, but it’s a safe bet there will be an Ultimate Krampus figure, and perhaps additional collectibles based on the horror/comedy cult classic.

Krampus–directed by Michael Dougherty from a screenplay he wrote with Todd Casey and Zach Shields–follows a young boy who loses the Christmas spirit and, in so doing, unleashes the wrath of Krampus, a horned, demonic beast who punishes naughty children during the Yule season. Worse yet, Krampus lays siege to the boy’s entire neighborhood.