Ash Williams is back–and he’s armed to the teeth.

Bruce Campbell’s iconic character from Sam Raimi’s The Evil Dead has been reimagined as a striking action figure by the good folks at NECA, as reported by toynewsi.com, to celebrate the 40th anniversary of the groundbreaking horror film. And the photos on this page show Williams in all his heroic glory.

The Ash Williams Ultimate Seven-Inch Scale Figure comes complete with three interchangeable portraits, two sets of hands, a chainsaw, a shotgun and an axe–as well as a tape recorder and lantern. The figure will be available in early 2022.

The Evil Dead–written and directed by Raimi–stars Campbell, Ellen Sandweiss, Richard DeManicor, Betsy Baker and Theresa Tilly. In the film, five college students, vacationing in a cabin in the woods, play an audio tape that releases a legion of demons and spirits. Only Ash Williams escapes the demonic possessions, and he must then survive the resulting gory mayhem.

The film–and Ash Williams–have become cultural touchstones in the four decades since then. The Evil Dead has spawned several sequels, a TV series (Ash vs Evil Dead), video games and comic books. 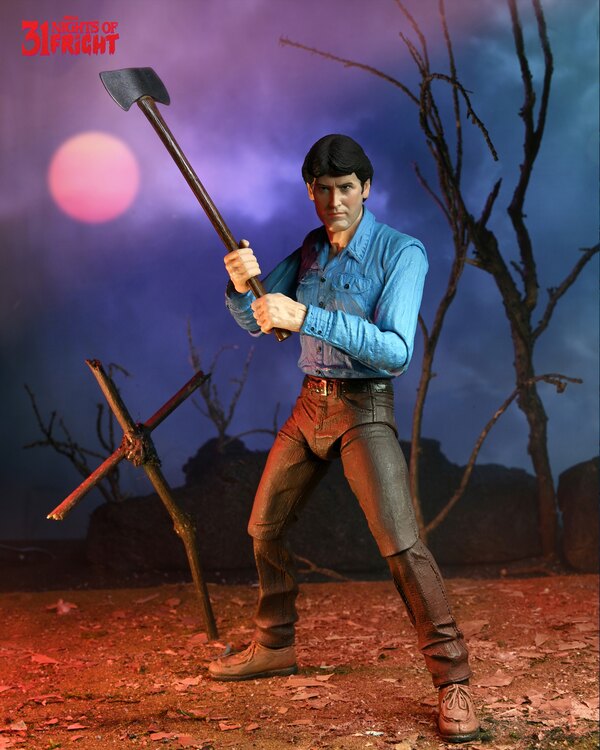 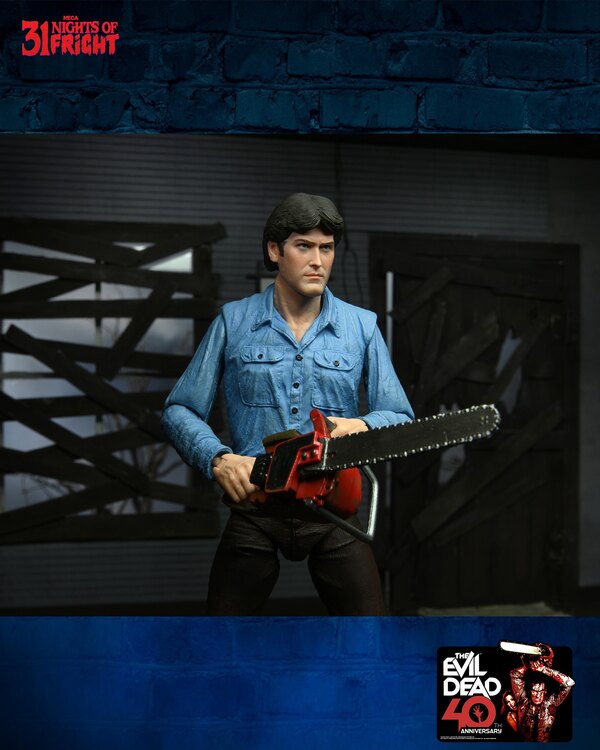 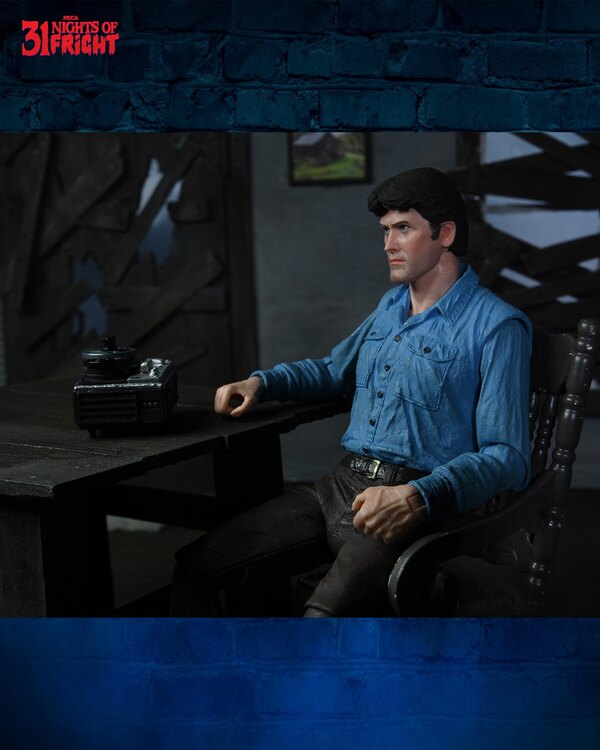 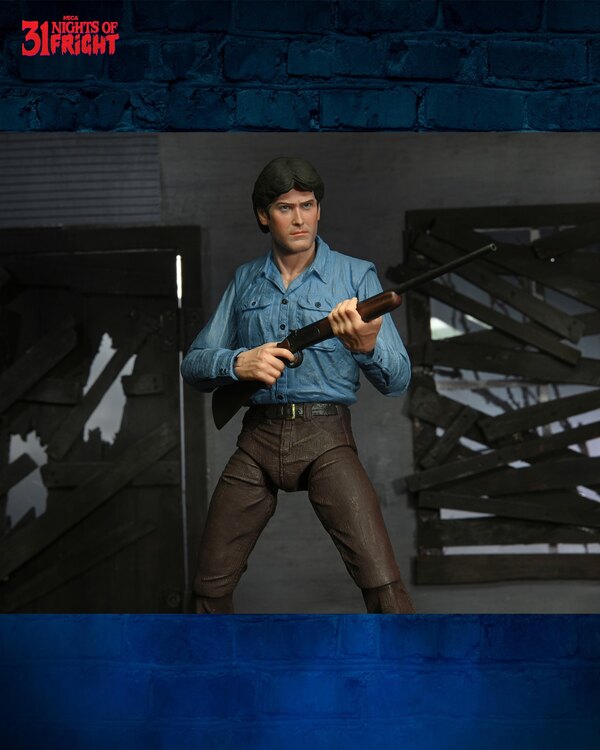 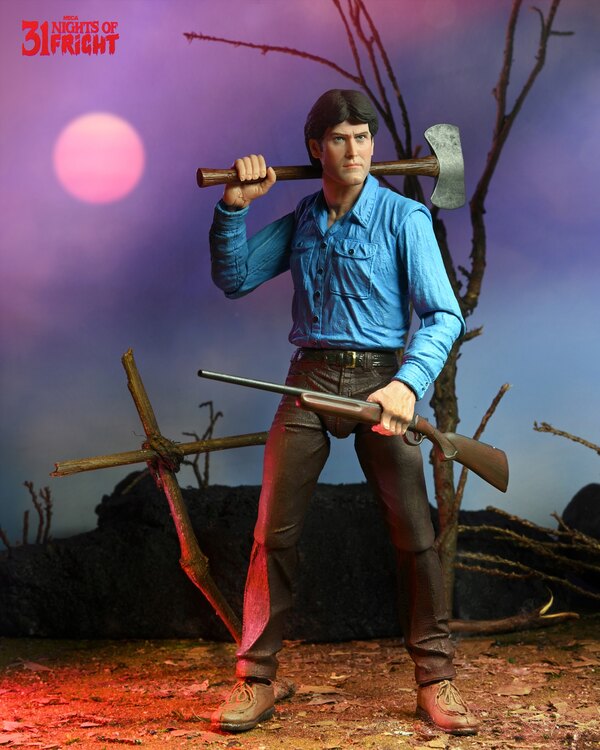