The monster has his mate.

NECA will roll out a new addition to its Universal Monsters line over the summer–a Bride of Frankenstein figure, based on Elsa Lanchester’s iconic look. Check out the photos of the striking figure–courtesy of NECA–on this page. 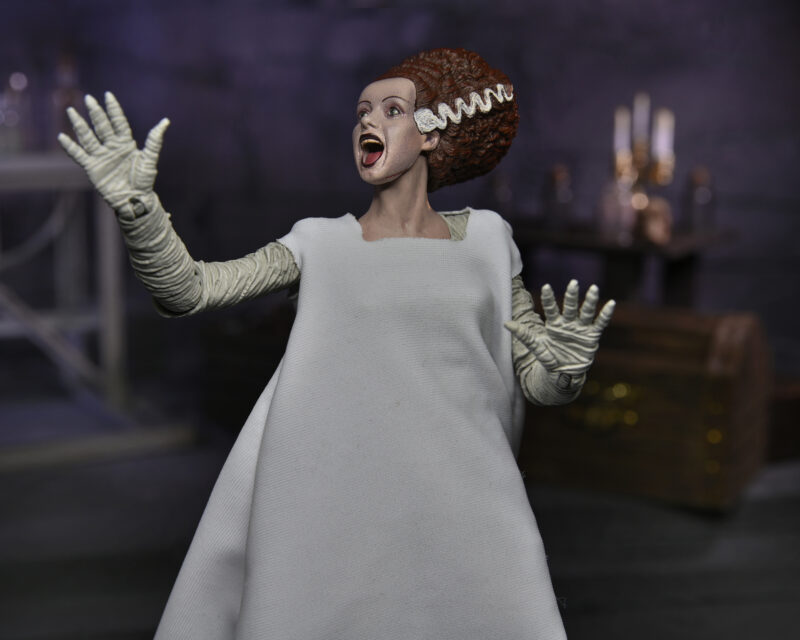 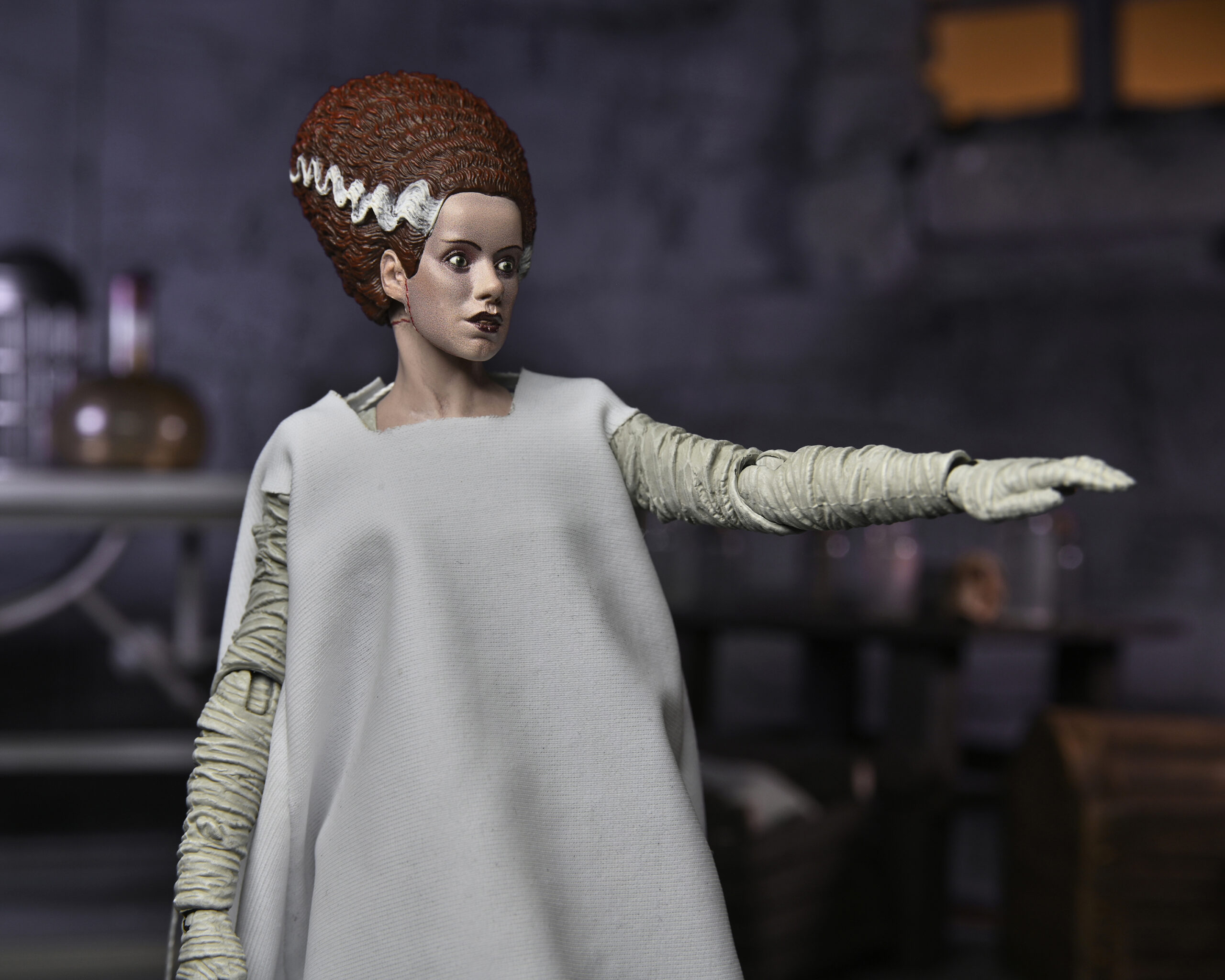 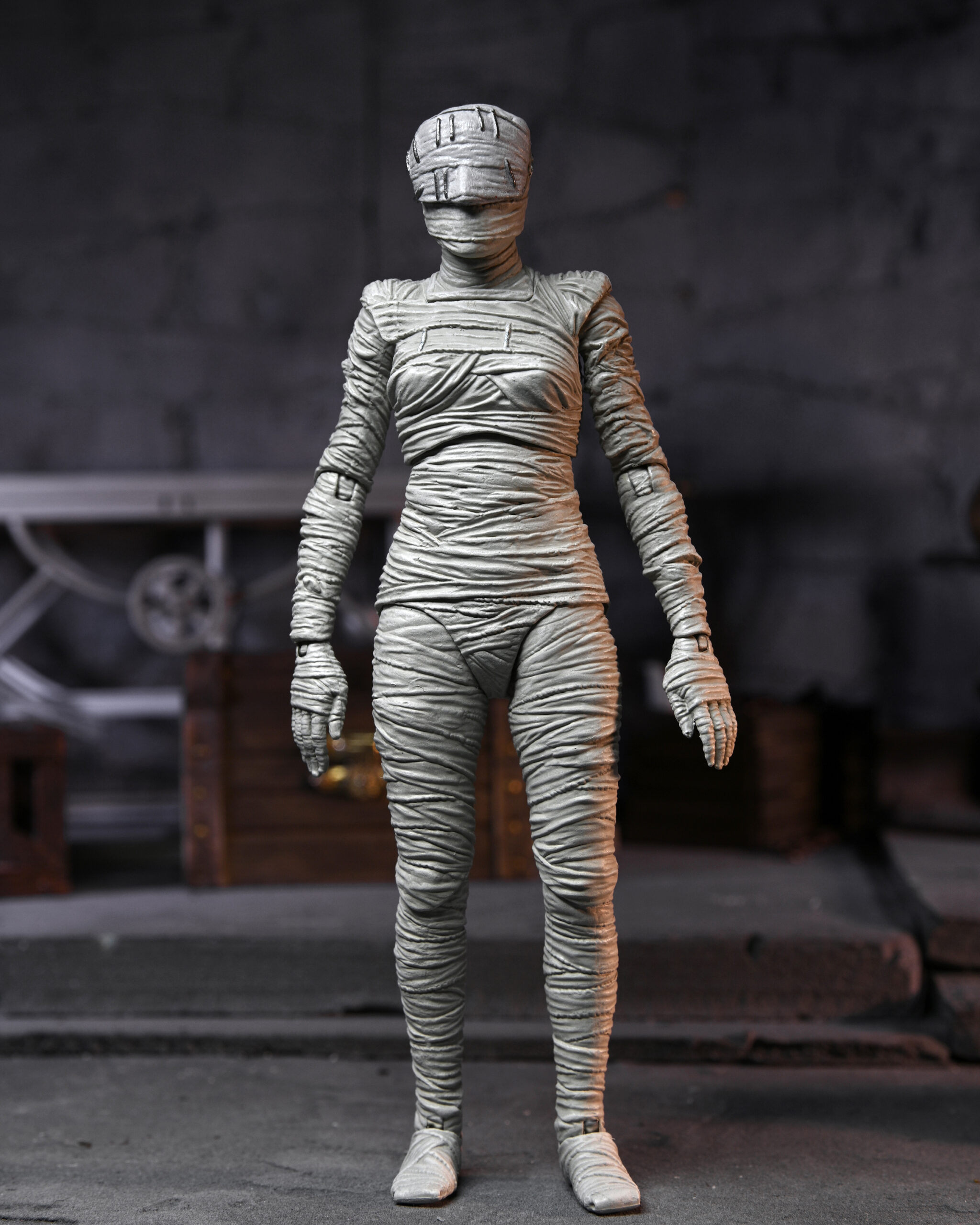 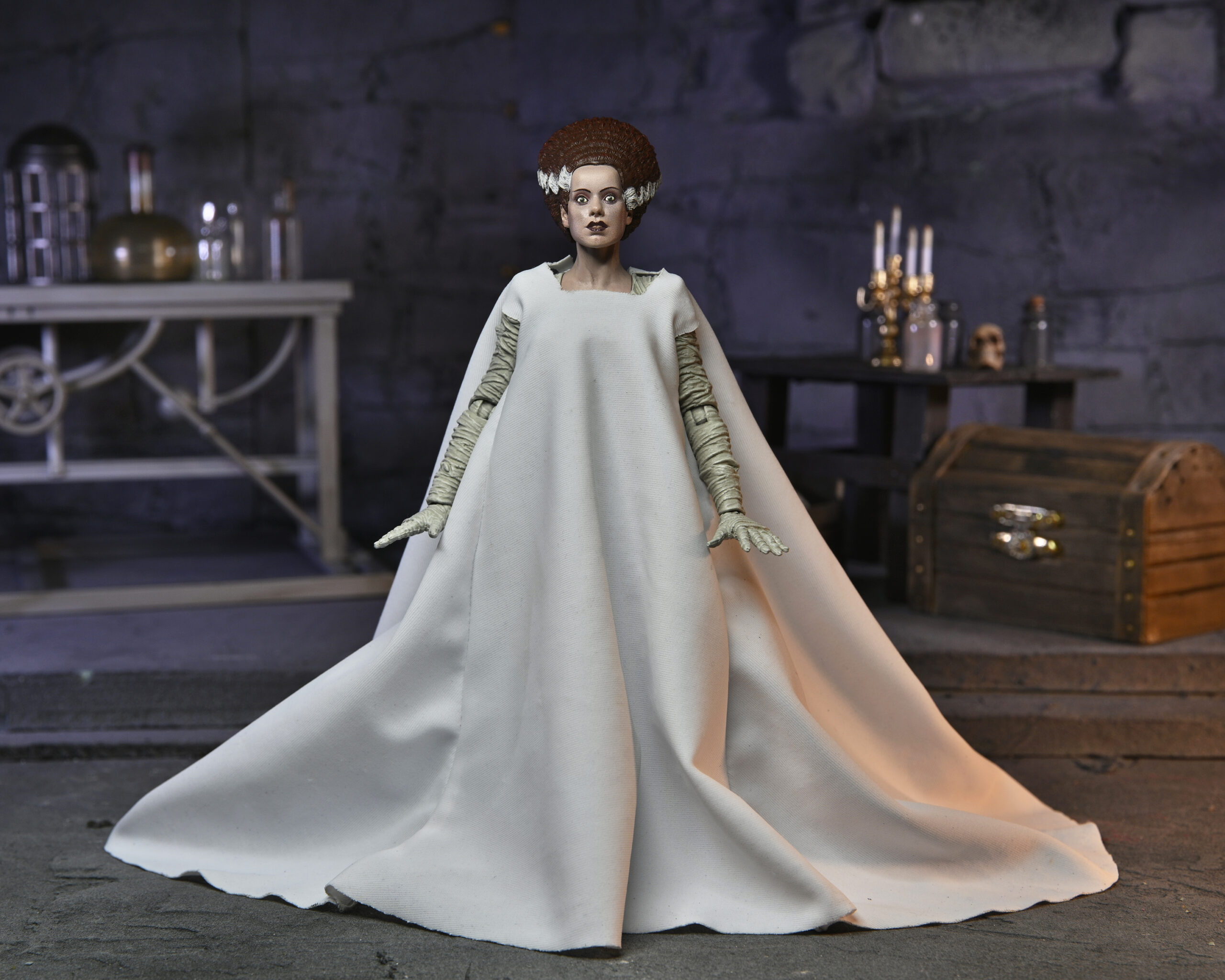 The seven-inch scale Ultimate Bride of Frankenstein–available in June–will allow collectors to display it two different ways. The figure comes complete with bandages, a removable gown, two pairs of hands and three interchangeable sculpts. The window box package has an opening front flap for easy displaying.

The 1935 sequel Bride of Frankenstein–directed by James Whale from a screenplay by William Hurlbut–stars Lanchester in the dual roles of the Bride and Mary Shelley, Boris Karloff as the Monster and Colin Clive as Dr. Henry Frankenstein.

Considered one of the greatest sequels ever made, the storyline follows Dr. Frankenstein as he tries to abandon his plans to create life, only to be blackmailed by his old mentor–along with threats from the Monster–into building a mate for his first creation.