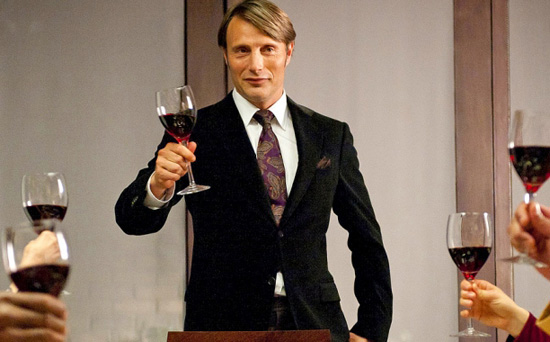 NBC isn’t treating it’s cancelled shows any better than it’s renewed ones. Due to poor ratings, they have decided to move both ‘Hannibal’ (cancelled) and ‘Aquarius’ (renewed) to Saturday nights, in the TV graveyard, beginning this week. ‘Dateline Thursday Mysteries’ are taking the 9-11 PM slot on Thursdays.  They will run back to back, starting with ‘Aquarius’ from 9-10 and ‘Hannibal’ 10-11 PM.  ‘Aquarius’ has a 0.5. rating, despite a 25% rise in it’s 18-49 demographic. ‘Hannibal’ matched it’s series low last week, with a 0.4% rating.