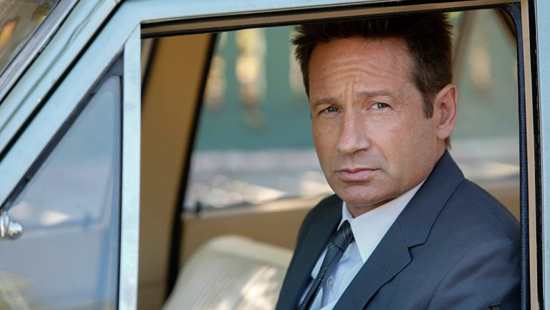 NBC’s ‘Aquarius’ Getting a Second Season

The NBC drama ‘Aquarius’ is has been renewed for a second season. The show stars David Duchovny as a cop on the hunt for Charles Manson in the 1960s.  It is the first broadcast series to be streamed in full following it’s premiere.

NBC president Jennifer Salke said “With its riveting drama and innovative release strategy, Aquarius has excited the critics, hooked millions of viewers and energized our summer. It’s no secret that the way people watch television is evolving, so we took a unique approach to how we delivered Aquarius and it’s driven some record numbers for NBC Digital and helped us reach viewers who might have otherwise overlooked a great summer drama.”

The network says that the series had the most-watched 24 hours for a summer series premiere ever on their website and app. A surge in viewers on from the web, app and Hulu made it the biggest summer weekend ever for NBC Digital. The series is the second-most-viewed drama premiere on NBC.com.

Before it’s TV premiere John McNamara (showrunner) told The Hollywood Reporter “I planned out the show in terms of six seasons, and every season is approximately six months,” he said. “If you Wikipedia Manson, he was doing stuff, some of which we portray in the show, and some of which we are making leaps and connecting dots ourselves. He was not inactive. He’s a psychopath and we do not shy away from that. I don’t believe you’re going to finish watching episode 13 and say, ‘Wow, that was a big jerk off; he didn’t do anything!’ He goes there. It’s not going to have a happy ending; we all know that, but that actually informs the suspense nicely in a way that I feel allowed us occasionally to slow down the storytelling a little bit.”