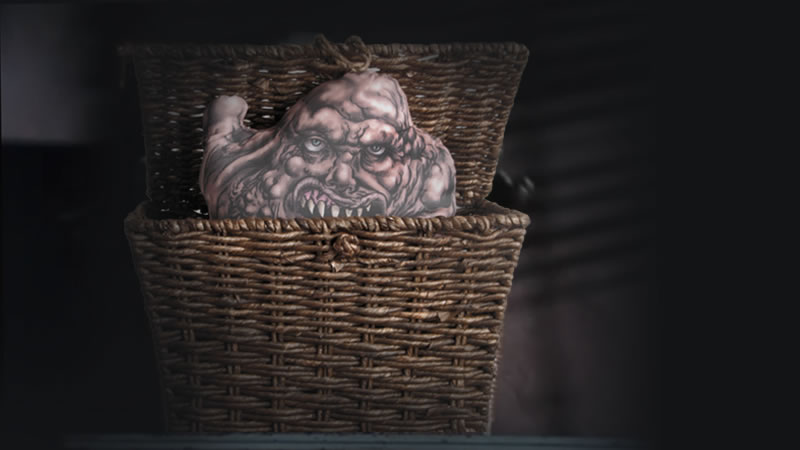 Strange Kids Club and Horror Decor are very excited to announce a limited edition release of MY LIL BELIAL, a brand new pillow featuring artwork by Nathan Thomas Milliner. Director Frank Henenlotter’s classic film, Basket Case, kicked off his reputation for raunchy horror comedies and gained a cult following after its release on VHS. Spawning not one, but two sequels, the franchise owes as much to Henenlotter’s exploitative edge as it does to it’s misshapen, basket-dwelling star, Belial.

In homage to the film, SKC and HD collaborated with Illustrator Nathan Thomas Milliner whose work for Scream Factory and Horrorhound Magazine have earned him a reputation as a premier horror artist. Milliner’s appreciation for the genre often imbues his work a certain grotesque realism and MY LIL BELIAL is no different as he captures every gruesome detail of Duane’s deeply disturbed twin brother.

The pillow is approximately 12″ tall x 12′ wide and will be double-sided printed fabric so you get 360 degrees of ugly, nasty, horrific fun. It will be available for purchase online at HorrorDecor.net on October 3 at 10:30am, and will be limited to only 25. Basket not included.