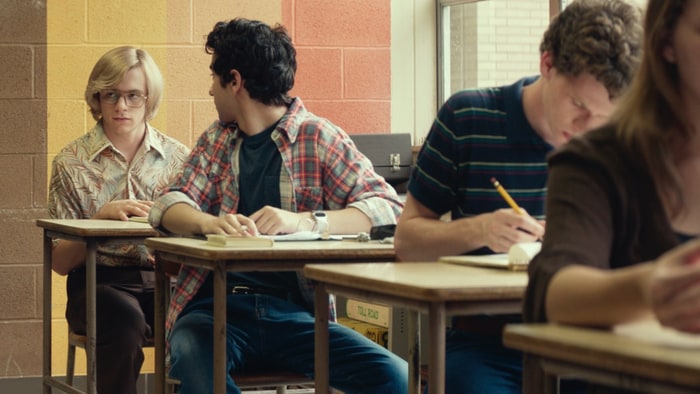 Hitting Blu-Ray and DVD on April 10th is My Friend Dahmer, the film written and directed by Marc Meyers gives the world a disturbing look at the early years of notorious mass murderer Jeffrey Dahmer. Based on the graphic novel by Derf Backderf, My Friend Dahmer brings a different and unsettling look into Dahmer as a teen.

While the film doesn’t go into his murders, we do get to see what shaped the soon to be serial killer. What the film does perfectly is lead you on a roller coaster of emotions as we learn more about Dahmer. Bullied and neglected by his classmates, Dahmer tries to make it through the day by blending in with the background, although he eventually becomes the class “spaz.”

Life at home offers Dahmer no reprise. His parents battle it out daily and his only sense of solace in his outdoor shack which he uses as a laboratory to decompose the flesh of road kill and other small animals.  These signs are now widely known as animal abusers are five times more likely to go on to commit acts of human violence.

Ross Lynch does a great job as Jeffrey Dahmer.  The actor who is famous for his Disney roles and his pop rock band R5, takes command of a completely different role with America’s most famous serial killer. The young actor contorts his face and body in ways that grab the true essence of the fear which is Dahmer. Lynch manages to show Dahmer is both disturbed and at times even a sympathetic character.