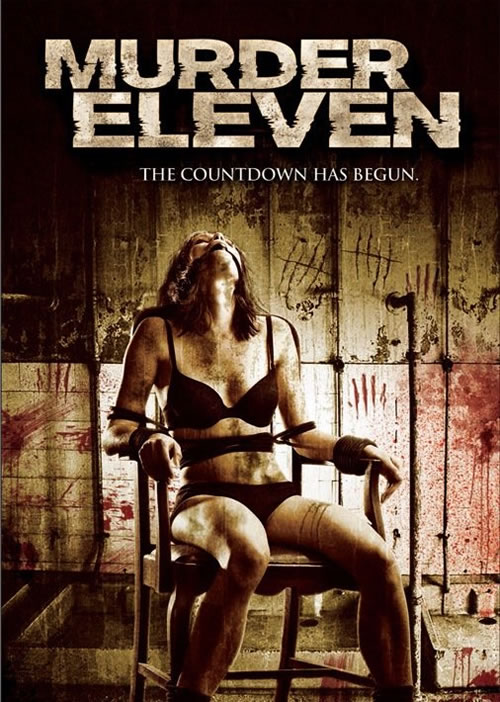 Murder Eleven is a tale of a serial killer working in the streets of Atlantic City. This crime thriller and horror film had its World Premiere at the Down Beach Film Festival. Here, the film won three awards at this film festival (“Best Actress,” “Best Writer” and “Best Use of Atlantic City”). As well, the film centrally stars Jim Klock (Bitch Slap), Autumn Federici (The Blackout), Julienne Irons, Michael Mack and Richard Reid. Now, the film is set to release on DVD, through distribution house Indican Pictures. The final DVD artwork has recently been released and horror fans can view the grisly graphic here.

In the film’s story, Detectives Jesse (Reid) and Mayfield (Mack) are tasked with solving a brutal series of murders. A mysterious serial killer has stalked and captured ten women, from the streets of Atlantic City; each one has turned up dead. The killer’s next target is Katey (Federici), a desperately vulnerable prostitute and drug user. Katey was in the wrong place, at the wrong time. Now, Katey is in the hands of the killer and the detectives only have a few hours to find her, before her time runs out.

Murder Eleven was shot over twelve days in Atlantic City, New Jersey. The cast and crew mostly utilized night shoots, with much of the film shot during the witching hour. Director Klock, who also stars in the film, says of the shoot and the film: “my goal was to make a film that was uncomfortably realistic and to keep the viewer interested in these characters.” These characters must make decisions, which may save a life or end it. Actress Federici, who plays Katey, found her role challenging: “Katey was a dark and twisted role to play. I was bound, gagged, and tortured for the entire shoot.” The character Katey is also bound in the DVD artwork for the film (attached). Murder Eleven will release on DVD October 22nd, 2013 and fans can preview the release details here.

The official synopsis: “A serial killer roams the streets of Atlantic City killing prostitutes with ruthless efficiency. His motives are unknown, but the killers’ most recent clue lets the two homicide detectives know that they are in a race against time before he murders #11. With no leads and luck against them, their worst nightmare comes true when the killer decides to turn his last victim into a deadly game of cat and mouse… (Indican).”

More details on Murder Eleven can be found at the Code 3 Films’ Website: