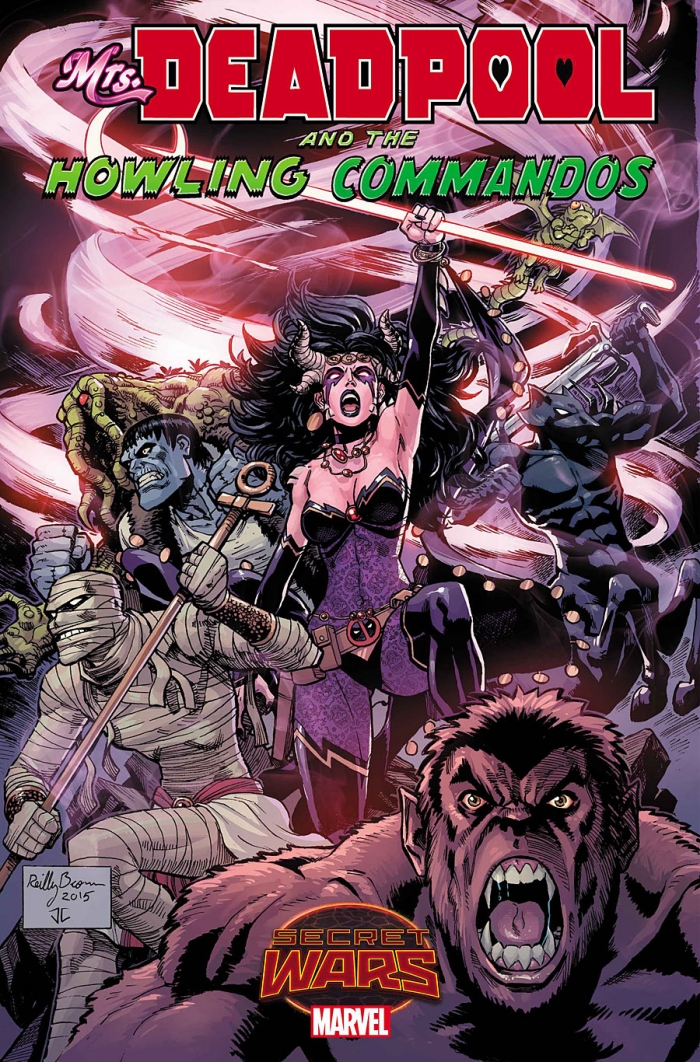 Marvel Comics has provided us a sneak peek of the new Mrs. Deadpool and the Howling Commandos comic.

Monster Metropolis – an underground city buried deep below Manhattan. Brimming with monsters, creeps and spooks – the city is home to any and all things that go bump in the night. It’s ruler – Shiklah, undisputed Queen of the Monsters! In her world, she ruled over all monsters with her husband Deadpool, the Merc With a Mouth. But on Battleworld, nothing is as it once was. With her husband now deceased and her city now residing beneath an entirely new planet, Shiklah now leads a super team unlike any you’ve ever seen before!

Enter the Howling Commandos – the most monstrous team of them all! Werewolf-by-Night! Frankenstein’s Monster! The Living Mummy! Man-Thing! And Marcus the Centaur! Set loose on Battleworld, these five creatures of the night and their fearless leader are ready to enter the Secret Wars fray! Anything can happen, but one thing is for certain – Battleworld won’t know what hit it!