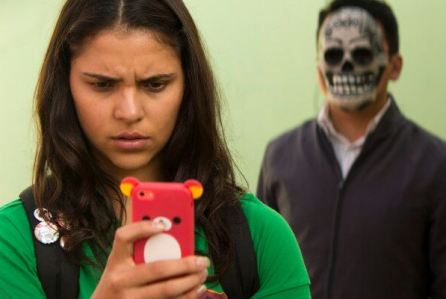 Deadline reported today that MPI Media Group has bought the U.S. distbribution rights to ‘Scherzo Diabolico’. The film, which premiered at this year’s Tribeca Film Festival, is a dark comic horror film by Spanish writer-director Adrián García Bogliano (The ABCs Of Death, Here Comes The Devil).

The story centers around a desperate accountant, played by Francisco Barreiro, who is pushed by his wife to get a promotion he deserved long ago. He secretly devises a plan to get what he is owed, which involes kidnapping a schoolgirl, played by Daniela Solo Vell, and keeping her in an abandoned warehouse. His perfect plan quickly unravels and instead, becomes his worst nightmare.

‘Scherzo Diabolico’ will be released across multiple platforms in early 2016 by MIP’s Dark SKy Films.