Godzilla fans love fantastic beasts, and the publicity department for King of the Monsters wants to make sure they know exactly where to find them! This week’s king-sized trailer features new clips of fan-favorites Mothra, Ghidorah, and Rodan in action, and Warner Bros. Pictures and Legendary Pictures have followed up on the hype with a new series of poster art for each monster. You can view each of them in all of their glory as they hover far above military helicopters and planes, and loom over precarious looking skylines: 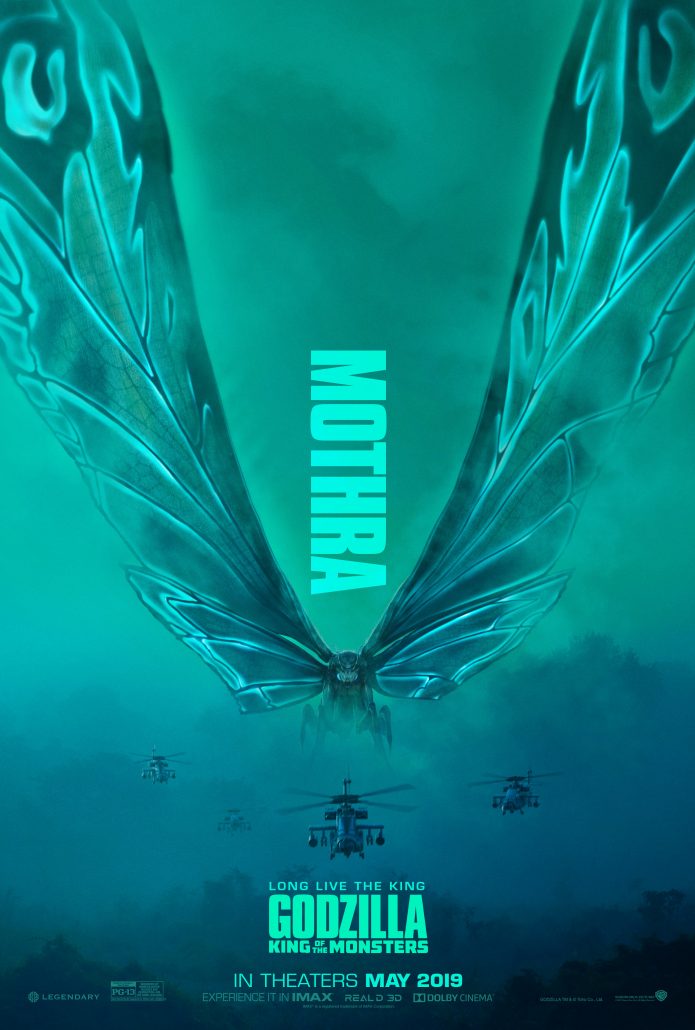 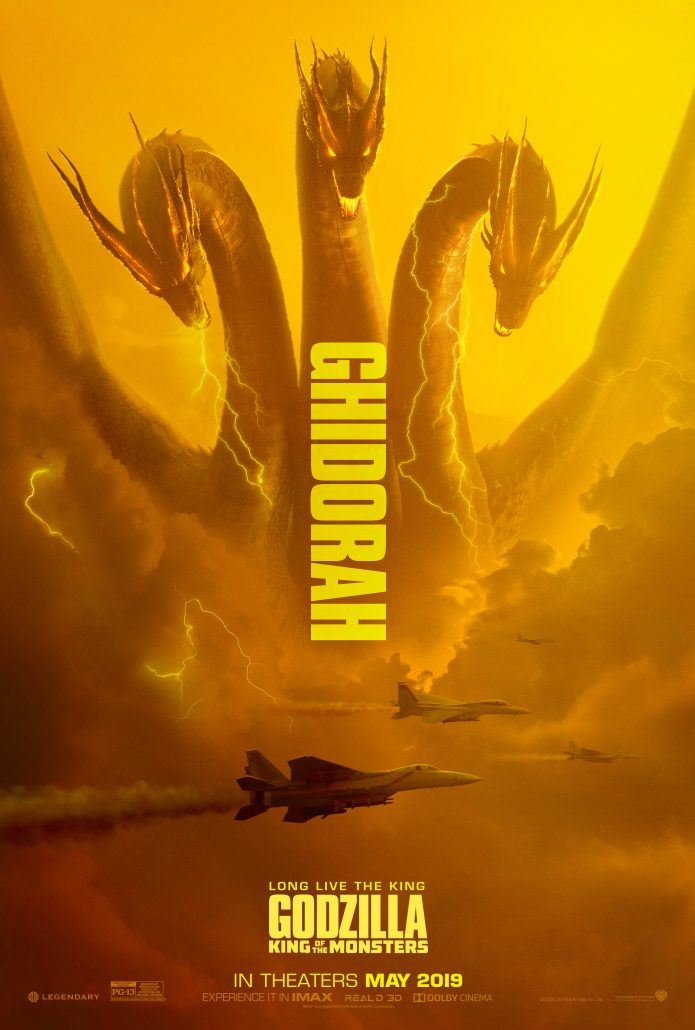 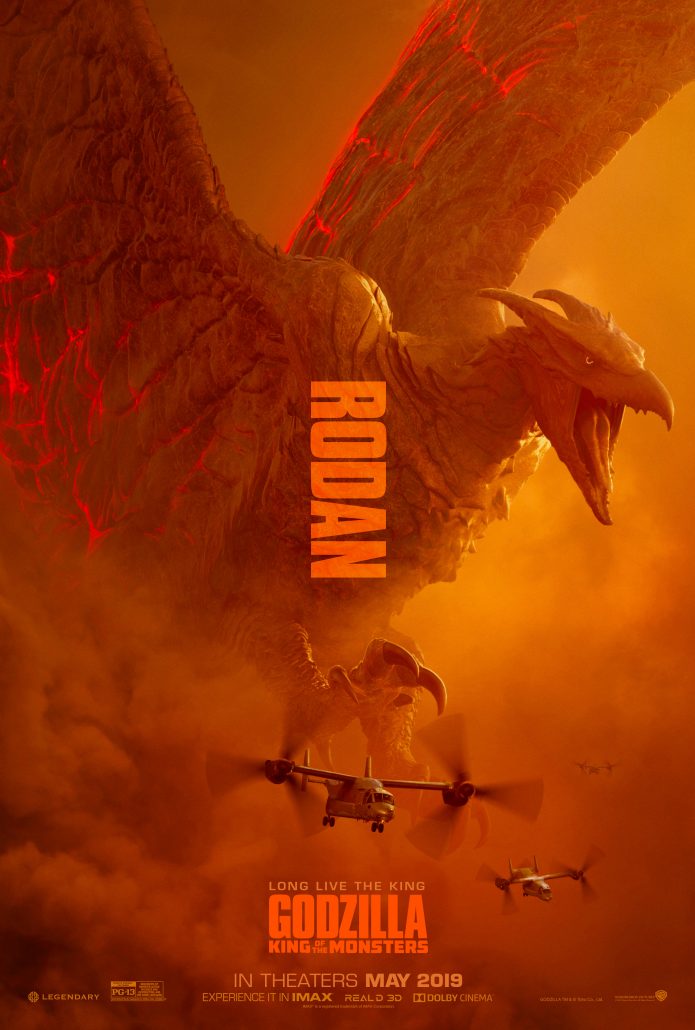 Godzilla: King of the Monsters will debut in theaters on May 31st, 2019. The film is co-written and directed by Michael Dougherty (Trick ‘r Treat, Krampus) and it stars Millie Bobby Brown, Sally Hawkins, Vera Farmiga, and Charles Dance. Stay tuned to Horror News Network for complete coverage of this exciting project as it breaks!