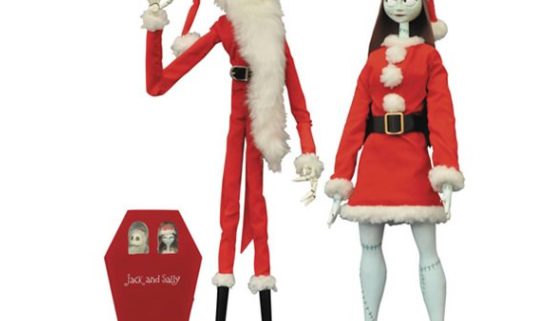 Limited to only 1,993 pieces these poseable figures of Jack Skellington (16′) and his true love Sally (14′) in their Santa Claus outfits feature real cloth costumes over articulated bodies, and come packaged in a double-wide coffin-shaped window box.

Look for them to be released in October 2016.

Trailer Revealed for Third Episode of ‘The Walking Dead: Michonne –... “The Unexplained Disappearance of Karla Marks” Coming from Invasive...
Scroll to top