Dr. Michael Morbius is bringing his fearsome fangs to a small screen near you.

Sony’s Morbius–based on the Marvel Comics living vampire–may not have wowed the critics when it flew into theaters last month, but it still pulled in $150 million worldwide. And now it comes home with a digital release later this month and a 4K Ultra HD, Blu-ray and DVD release over the summer, according to a report on screenrant.com. 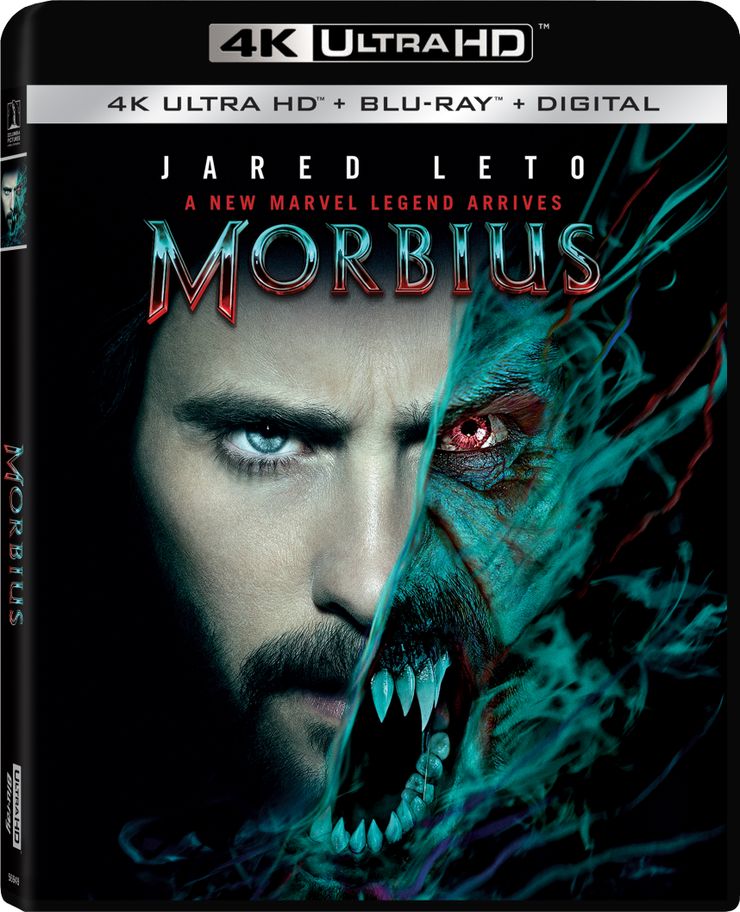 Digital copies of Morbius (and its special features) will be available May 17, and physical copies in 4K Ultra HD, Blu-ray and DVD are coming out June 14.

The extra goodies with 4K Ultra HD, Blu-ray and digital include: outtakes and bloopers, as well as such featurettes as Defining the Antihero, From Human to Vampire (special effects), Fire in the Hole, Living Vampire from Comics to Screen and Nocturnal Easter Eggs.

Morbius–directed by Daniel Espinosa from a screenplay by Matt Sazama, Art Marcum, Matt Holloway and Burk Sharpless–follows Dr. Michael Morbius (Jared Leto) as he tries to find a cure for his rare blood disorder. His efforts seem to succeed, but “a darkness inside him is unleashed. Will Morbius succumb to his mysterious new urges?”

The Marvel Comics Morbius character–created by Roy Thomas and Gil Kane–debuted as a villain in The Amazing Spider–Man No. 101 in 1971, and later starred in the black-and-white Vampire Tales from 1973-1975.