Blog - Latest News
You are here: Home / More from the Crypt / Monster Cereals to Team with Addams Family

Here is a bit of interesting news coming straight from the team at General Mills. Our beloved Monster Cereals Boo Berry, Count Chocula and Franken Berry are returning this Fall and they are teaming with The Addams Family to offer downloadable pumpkin carving stencils.

“With The Addams Family movie coming out in October, we wanted to partner because of the timeliness with Halloween,” said Sarah McCullough, planner, Brand Experience, at General Mills. “We thought it would be a fun idea to offer stencils during a time when people are carving pumpkins. We created them so people can interact with our characters and the ones from The Addams Family.”

The back of the cereal boxes show the Monster Cereal characters trick or treating at the Addams house and entices the consumer to “find all 8 tricky mistakes.”

We will get our first spoonful of Monster Cereals in September and just a month later on October 11th, The Addams Family movie premieres in theaters everywhere. Stay tuned to Horror News Network for more on this delicious development! 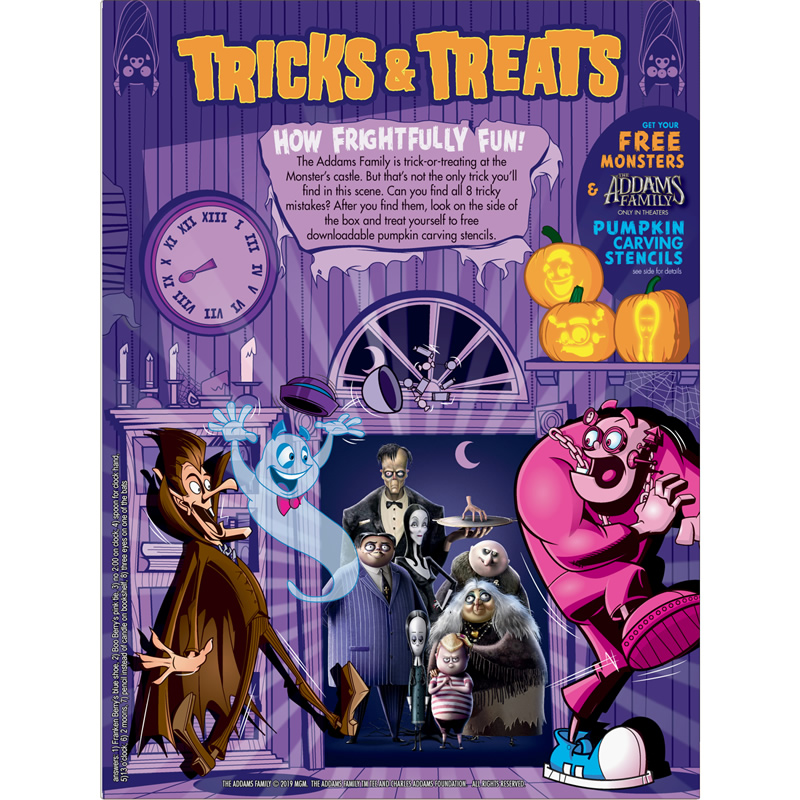 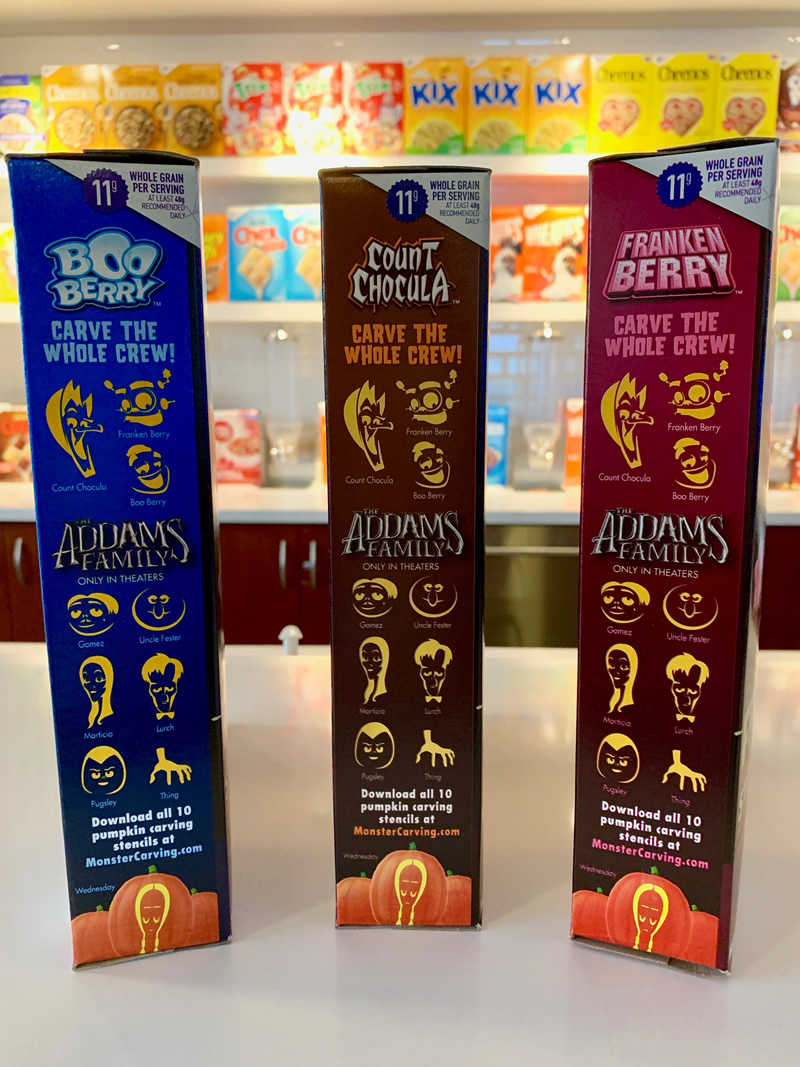 CEO / Owner at Horror News Network
Rob Caprilozzi created Comic Monsters in 2004 and eventually expanded the site in 2009 to Horror News Network. Born out his love for all aspects of horror, Rob still remains hardcore comic fan. You can keep up with him on Twitter @RobCaprilozzi.
https://www.horrornewsnetwork.net/wp-content/uploads/2019/08/monster-cereals-addams.jpg 541 800 Rob Caprilozzi http://www.horrornewsnetwork.net/wp-content/uploads/2016/05/HNN-logo.jpg Rob Caprilozzi2019-08-12 18:52:252019-08-12 18:52:25Monster Cereals to Team with Addams Family
0 replies