mon mon mon MONSTERS premiered last April at the Hong Kong International Film Festival and won the Audience Award at the Bucheon International Fantastic Film Festival before getting a theatrical release in July of 2017. A Taiwanese film, billed as a horror-comedy, mon mon mon MONSTERS is the tenth film based on the works of notable Taiwanese novelist and film maker Giddens Ko (Jiubadao).

The film opens with a homeless, elderly man trying to scrounge some free food from the garbage outside of a dingy shop. He then makes his way down a dark alley, past more homeless and into what looks to be the basement of an old apartment building  before being torn apart and eaten by two fanged, monster children that descend from the ceiling above the victim. Yeah – shit gets real that quickly.

We’re then transported directly to a high school classroom where a boy named Lin Shu-wei stands uncomfortably in front of the class while he is yelled at and and pelted with trash thrown by his classmates. His teacher, Ms. Li, is not only no help but seems to almost encourage the display. We find that Lin has been accused of stealing the class’s money and while the teacher is letting this go on, it’s clear that Lin is not guilty. There is a group to the back of the class that is taking the most pleasure from this and seems to pick on Lin the most; it’s clear that they will become a large part of the plot.

When Lin finds out that it was actually this group, lead by psychotic Tuan Ren-Hao and his equally nutty girlfriend Wu Si-Hua, that stole the money and framed him for the crime, the group threatens him and beats him a bit. Lin brings this news to the uncaring Ms. Li who sentences Li to community service and tells the group of Tuan, Wu and friends to help him because it would be good for Lin to make some friends.

The “community service” sentence that Ms. Li gives them is to take care of some of the elderly folks that live in a large apartment building…which happens to be the building that the two creatures from the beginning of the film live, and feed, in. When Lin and his new “friends” encounter one of the beasts at the apartment, Tuan has the bright idea to capture one and torture it. Bad idea…especially since the other one is still out there.

The premise of mon mon mon MONSTERS is a simple one, really…who are the real monsters? Is it the fanged children or is it the world of bullies that Lin lives in? Is Lin himself innocent or is he a monster as well?

While the film could do with a bit of editing to it’s two-hour run-time, it has enough action, story and gore to keep horror fans occupied. Another small issue I had was with its billing as a “horror-comedy”. Perhaps something was lost in the translation of the subtitles but I did not get the comedy; I got bloodthirsty monsters and a school full of cruel bullies.

Aside from that, mon mon mon MONSTERS is a solid movie and one that you should add to your list to check out; it’s currently streaming on Shudder so if you’re looking, monsters are never hard to find. 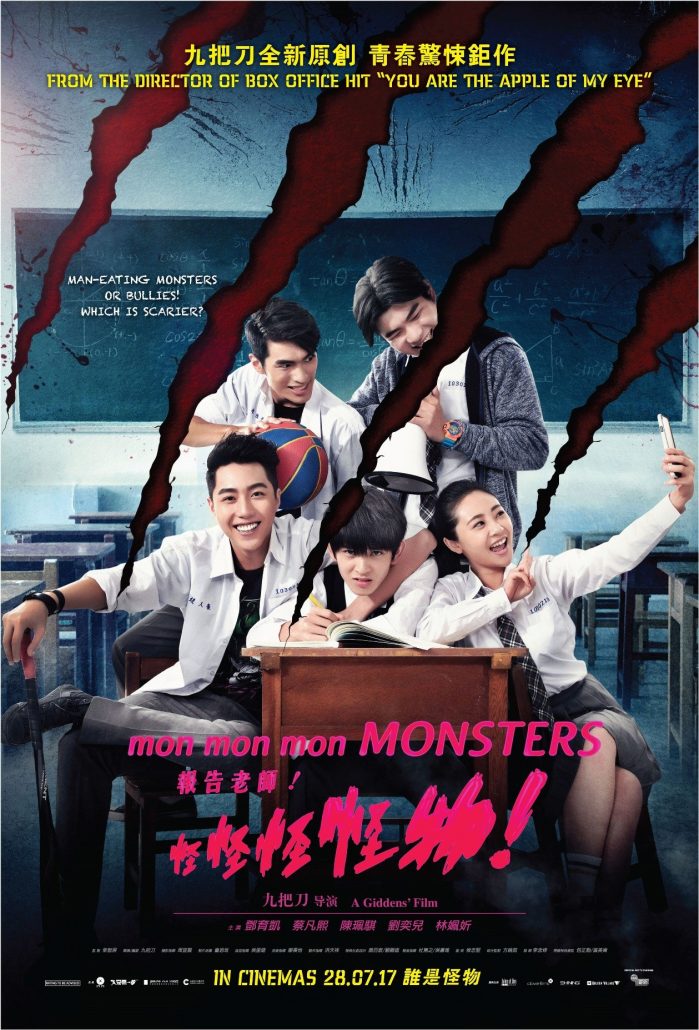