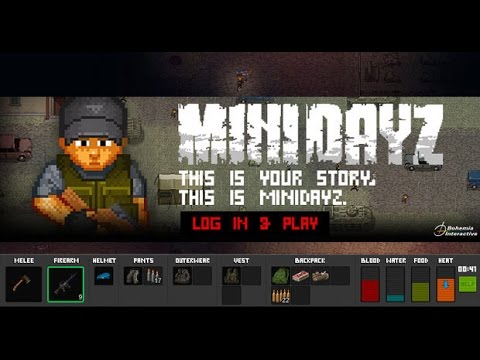 Bohemia Interactive’s free 2D browser game based on the standalone version of DayZ, just got a little bigger with the introduction of multiplayer. Supporting up to 20 mini-survivors, players can band(it) together by joining one of the official servers, or by hosting an own server together with their friends. Lunch breaks will never be the same!

In addition to multiplayer, today’s major MINIDAYZ update also features drivable cars, which will help people get around the 1.8 km map quicker. Some of the mechanics from MINIDAYZ’s singleplayer, however, such as crafting, have yet to be implemented into multiplayer, but fresh updates with moar features, and potentially even new multiplayer modes, are on the way.

MINIDAYZ delivers the same open world, unforgiving, and ruthless survival gameplay as its big brother, albeit from a distinctive top-down perspective. That means players must search for the food and supplies to stay alive, keep clear of the ever-lurking zombies, and always be vigilant of the other desperate survivors.

MINIDAYZ is available for free exclusively from the Bohemia Interactive Store.