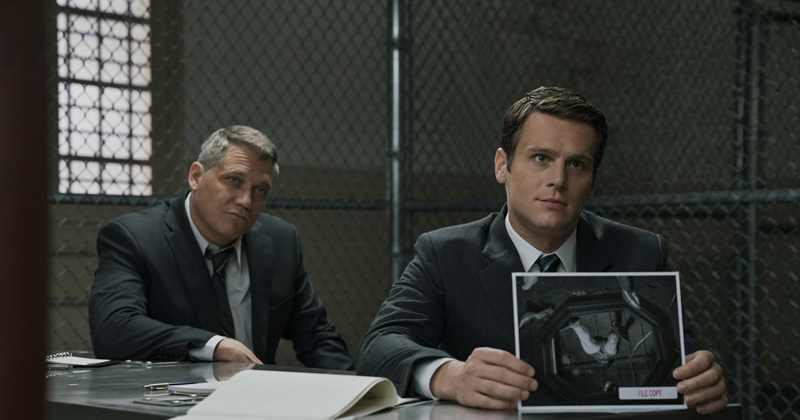 Prepare to start another Netflix binge in August as the critically acclaimed and fan favorite Mindhunter returns for its second season on August 16th.  EW has confirmed that co-executive producer and director David Fincher recently revealed the upcoming season release date which will see the return of Jonathan Groff, Anna Torv and Holt McCallany. August was previously rumored after co-executive producer Charlize Theron mentioned the date on The Howard Stern Show a few months back.

During a recent interview in The Treatment podcast, Fincher revealed more about the upcoming season as Detectives Holden (Groff) and Tench (McCallany) continue to dig deep into America’s most notorious and gruesome murderers. Season two is set to focus on the horrific Atlanta child murders which took place between 1979-1981. No doubt fans of the show will be tuned in to watch as the pair delve deep into the psyche of more America’s notorious monsters.

Stay tuned to Horror News Network for more on the second season of Mindhunter.