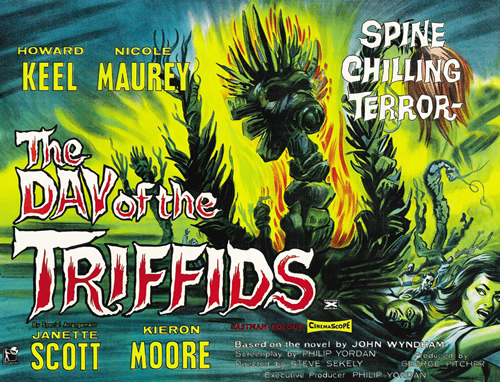 Mike Newell to direct The Day Of The Triffids

Deadline is reporting that Mike Newell to direct The Day Of The Triffids, the adaptation of the classic Sci-fi book by John Wyndham that was scripted by Neil Cross for Ghost House Pictures.

The movie is described as:
After a comet shower blinds most of the world’s population, those with sight must battle alien plants, known as triffids, bent on destroying mankind.