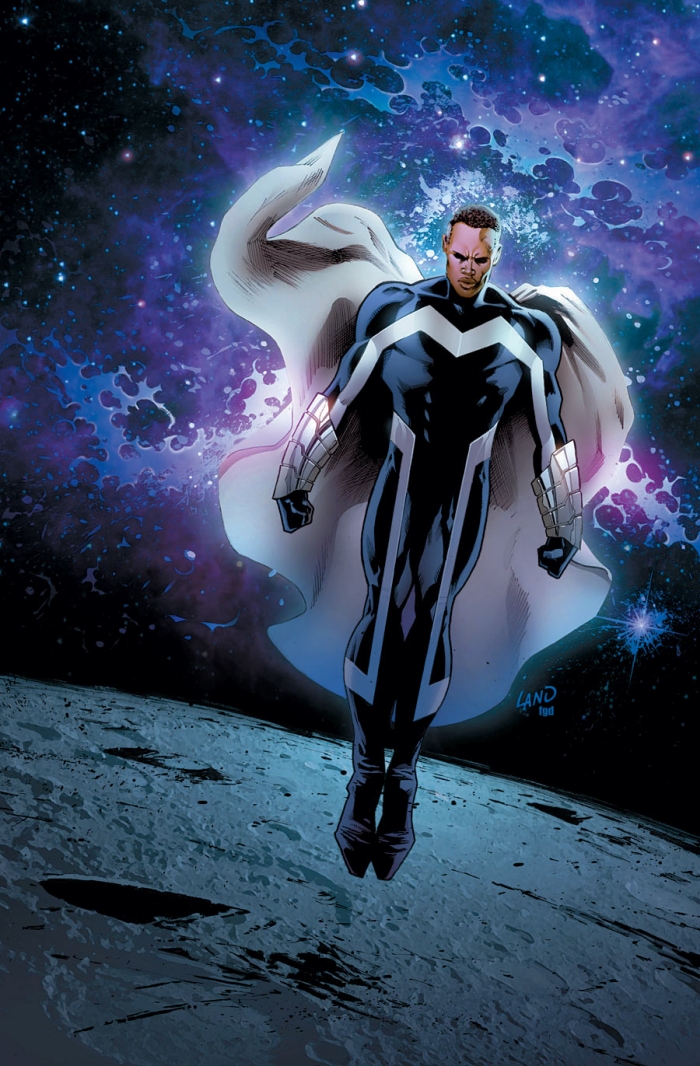 Marvel Comics has provided us a sneak peek of the new Mighty Avengers comic.

The Watcher has many enemies, some that would go so far as to murder him in cold blood. But he also has friends. On the moon, Adam Brashear honors the memory of one of his dearest friends and the gaping hole he leaves behind in the Marvel Universe. And a chance encounter with an old flame from Uatu’s past will reveal startling secrets the Blue Marvel never knew about the cosmic entity!

On Earth, the ghostly Deathwalkers have risen, stronger than ever. Closing in for the kill, Blade fights for his life against hordes of supernatural foes. But his best may not be enough. And the secret to defeating them may lie in a secret that’s better left buried.