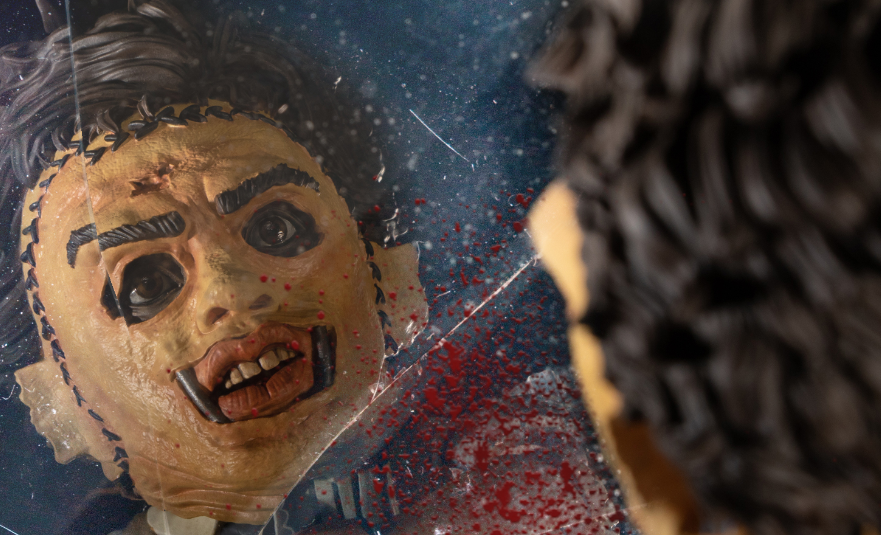 Mezco’s “designer series” has been killing it – literally. With figures like Freddy Krueger, Chucky, Pennywise and The Exorcist’s Regan already available, the toymaker has announced today that their new Leatherface figure is available for pre-order.

Dressed in a short-sleeve collared shirt and tie under his real cloth apron, slacks, and cowboy boots, he comes complete with his infamous chainsaw and a hammer, which can be held neatly in his hands. Leatherface stands 6″ tall, features 10 points of articulation, and comes packaged in a window box, perfect for display.

Also up for pre-order in the Designer Series line is a ‘Deluxe Alien” and ‘Pedator 2: Deluxe City Hunter”. You can check out the figures and preorder directly from Mezco. 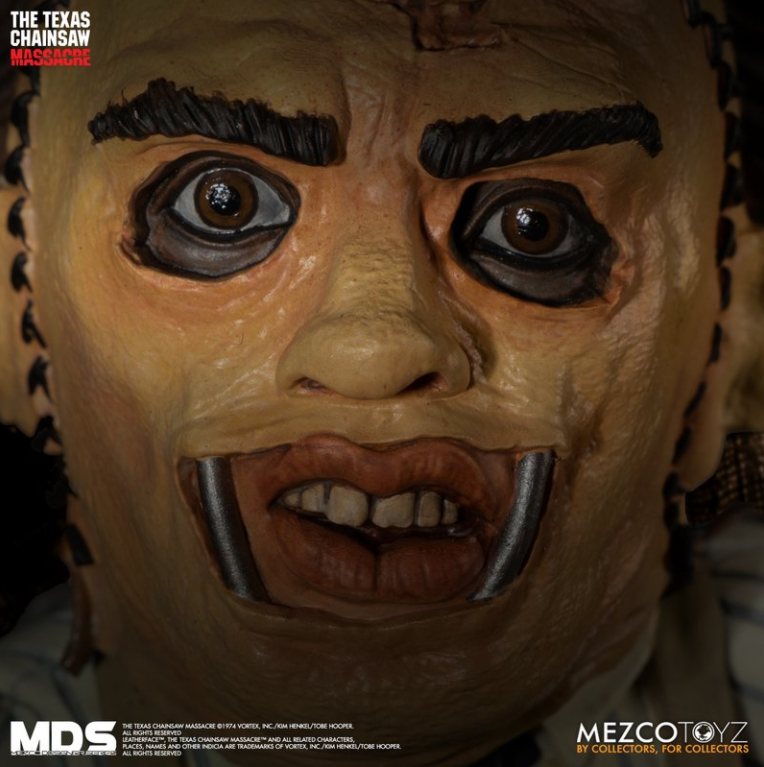 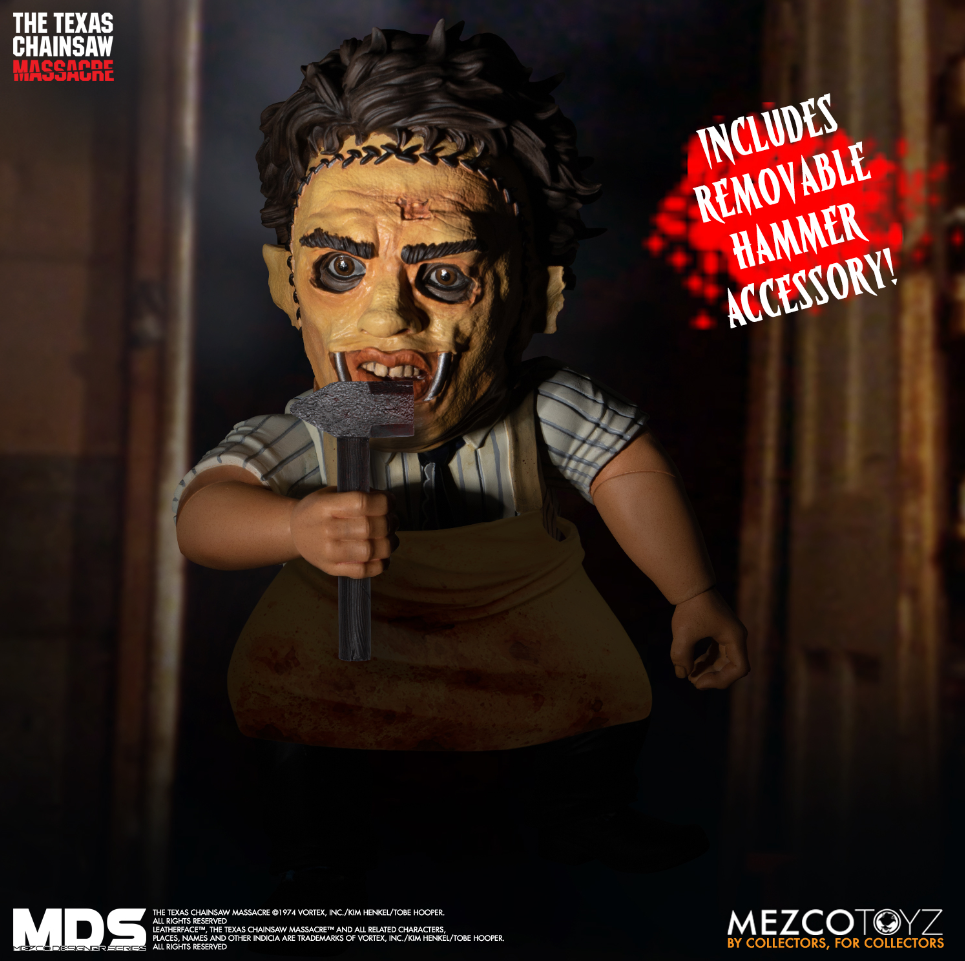 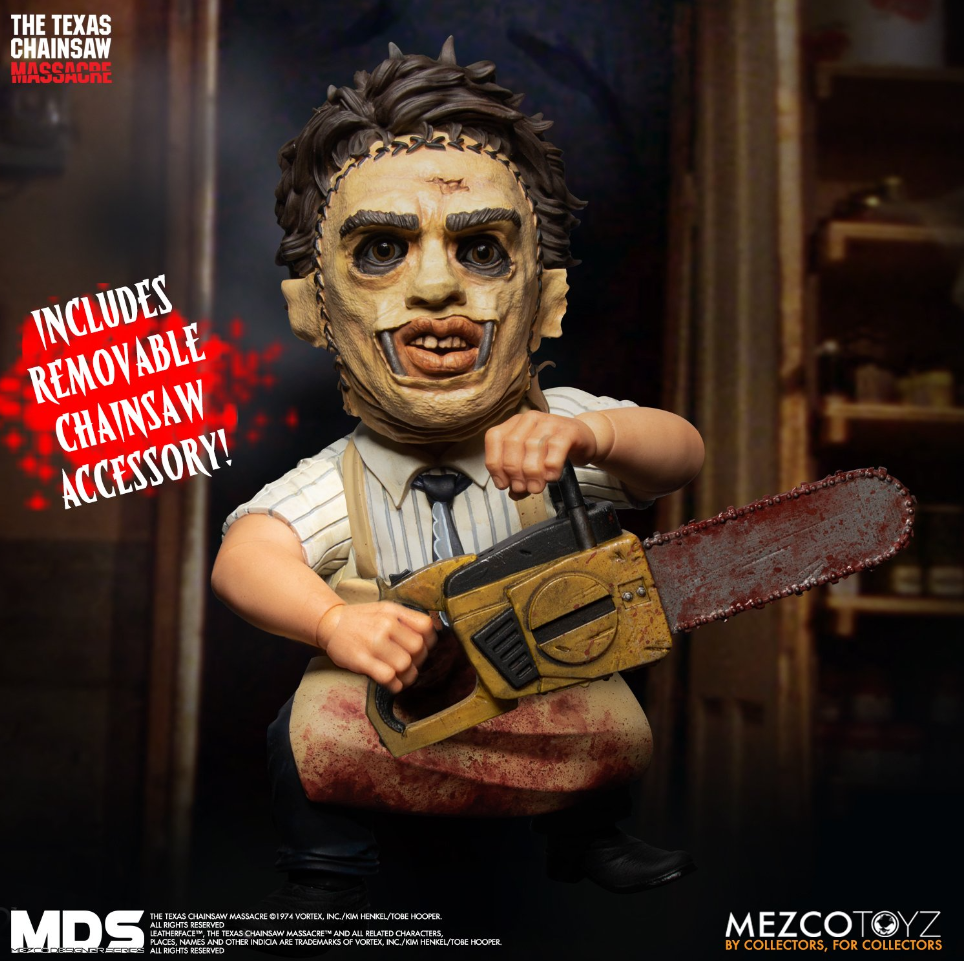