The team at Mezco is ready to reunite Chucky with his main girl.  The innovative toy company announced that the Tiffany MDS Mega Scale from figure Bride of Chucky is now available for pre-order…..and it even includes sound!  Now you can hear Jennifer Tilly’s sultry voice egging her homicidal pint-sized partner on in the relative tranquility of your own home.  Full description of this awesome 15” piece by Mezco is provided below.

Horror News Network actually got a glimpse of Tiffany back in February of 2020 during the last New York Toy Fair held in a public arena.  However, the prototype displayed at the Mezco booth was a bit different than the final product (but incredible nonetheless.)  The face was retooled into more of a seductive look rather than the intense rage it originally exhibited, the hair is a bit more stylish and a neat leather jacket is now included.  While Tiffany did not see a Summer 2020 release as was first proposed, she’s worth the wait! 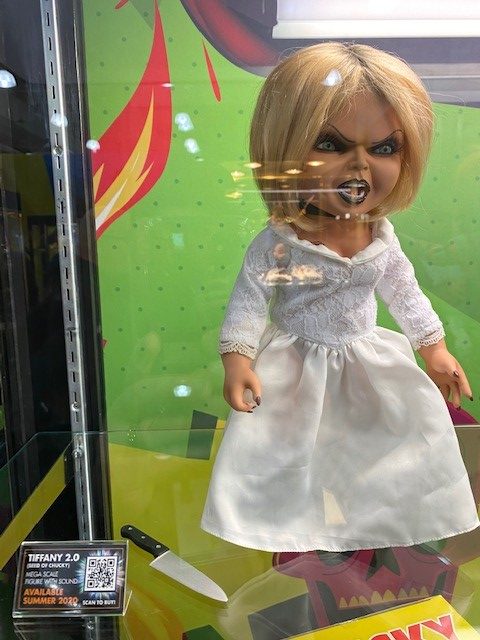 You can pre-order the Bride of Chucky: Talking Tiffany MDS Mega Scale Figure now over at Mezco’s website, set to ship out between September and November of 2021!

“First introduced in the film Bride Of Chucky, Tiffany was the devoted girlfriend of killer Charles Lee Ray before his soul transferred into the ‘Good Guy’ doll that would come to be known as Chucky. After Chucky ended up in a police evidence vault, Tiffany used her feminine wiles to rescue him. When Chucky electrocutes her in a bathtub, he transfers her soul into a bridal doll. Now trapped in a doll body, Tiffany joins Chucky on his quest to find the Heart of Damballa, the amulet that can transfer their souls into human bodies.

Tiffany is as deadly as she is beautiful; a perfect mate for our previously released 15″ Chucky doll as well as our upcoming ‘Good Guy’ Chucky doll.

Tiffany is perfectly screen-matched from her bleached-blond hair to her black work boots. Dressed in her bridal gown with “leather” jacket, she comes complete with her TIFF necklace, tattooed décolletage, and lacquered fingernails.

Just as verbose as she was in Bride Of Chucky, Tiffany has lots to say. She speaks six phrases direct from the film, activated by a discrete button on her back. Tiffany also features realistic glass-like eyes and nine points of articulation.

Tiffany comes packaged in her own collector-friendly window box perfect for display.” 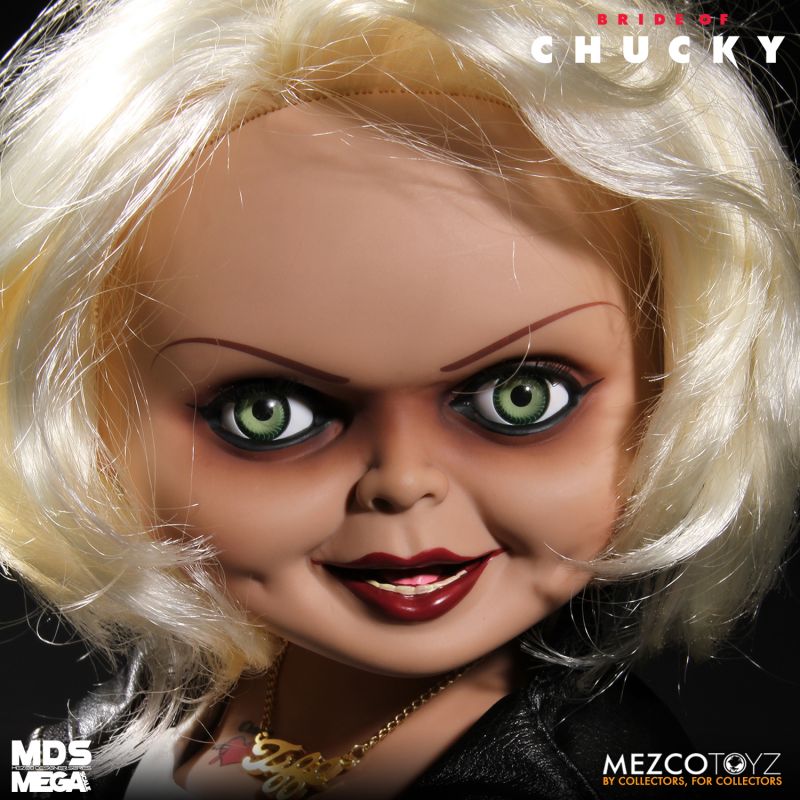 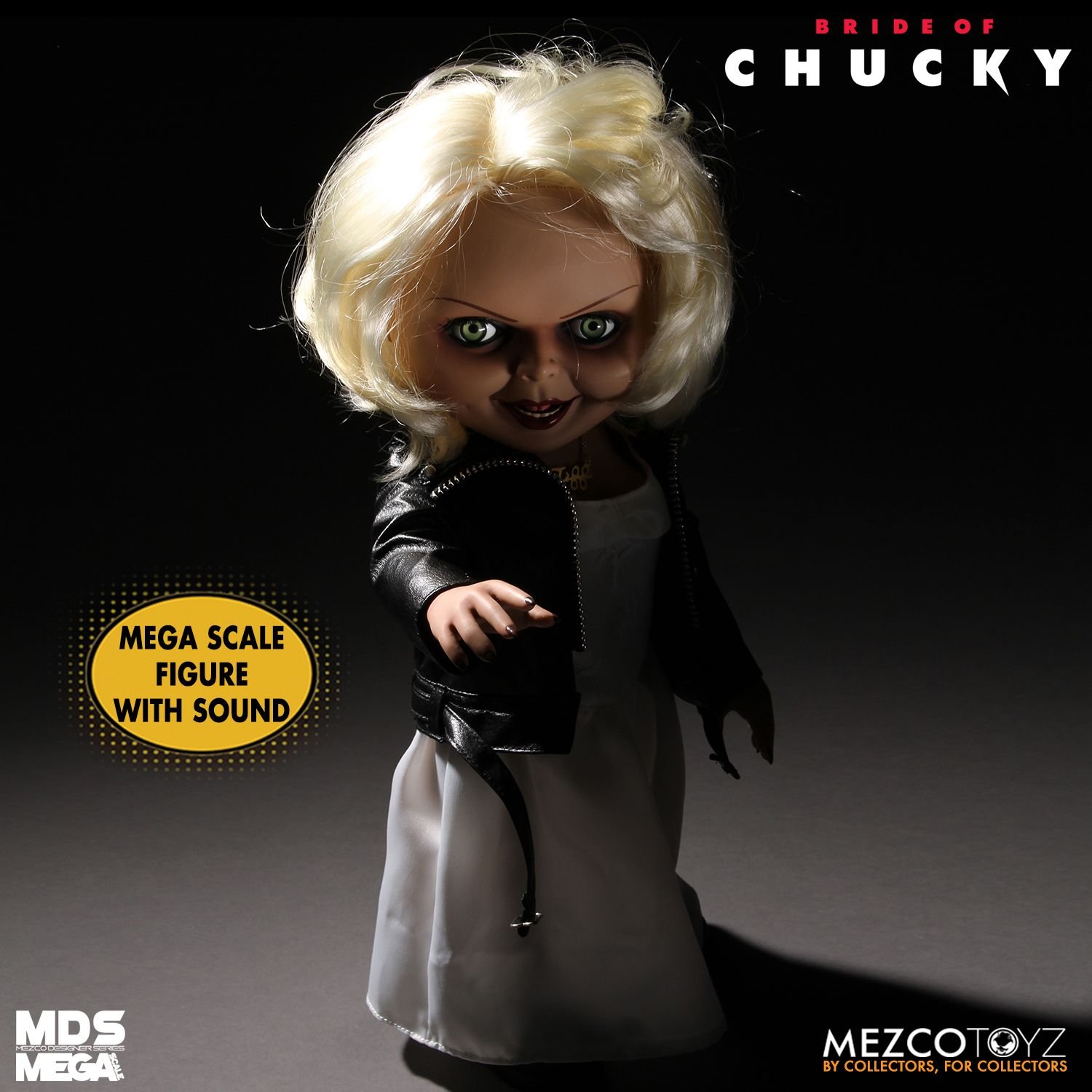 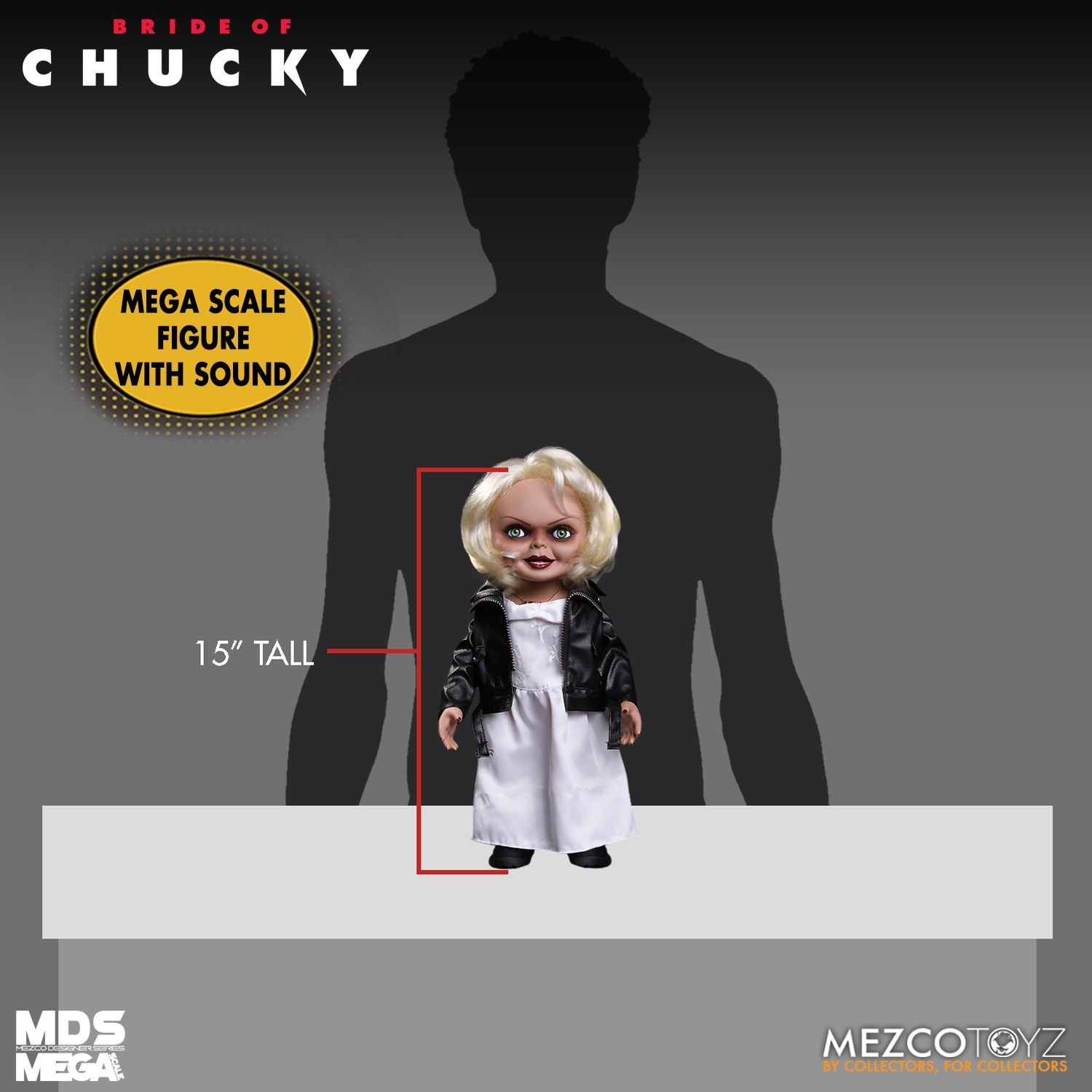 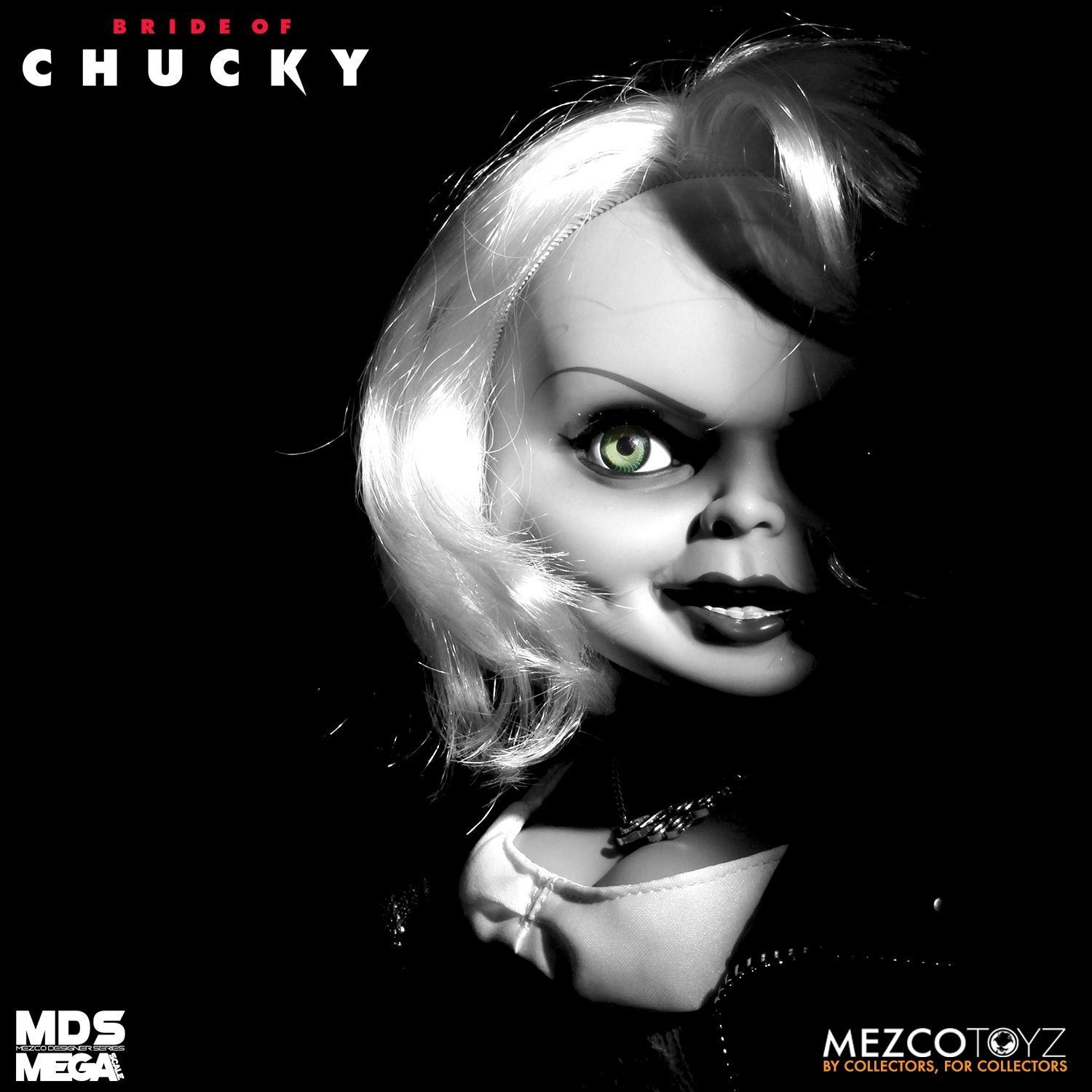 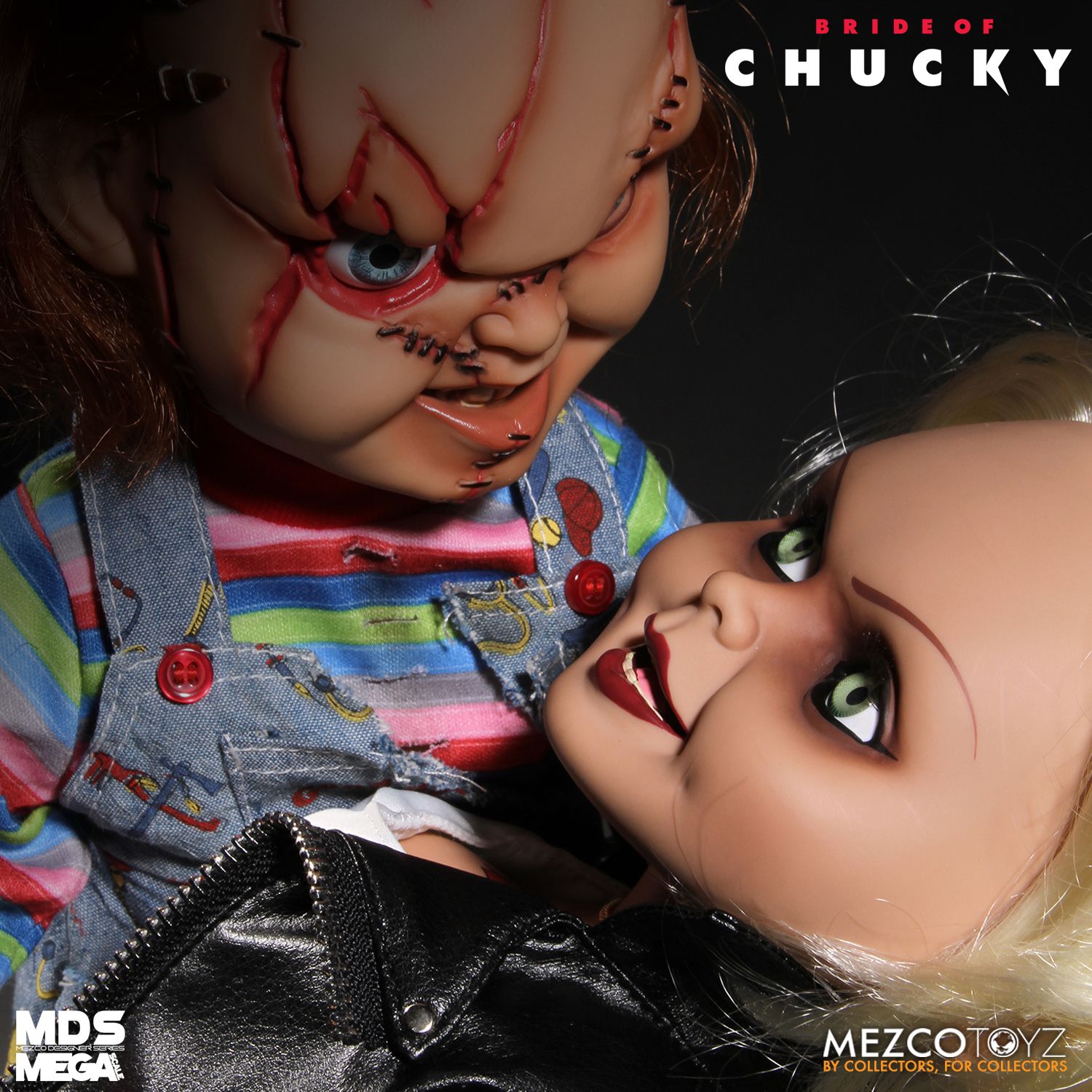 Stay tuned to HNN for more news on everything horror-related!