Can you hear the chainsaw getting closer? Mezco sure hopes so as they have announced that a new Leatherface figure will join their One:12 Collective line. The figure comes complete with every weapon he wielded in the horror masterpiece The Texas Chainsaw Massacre including his infamous chainsaw complete with revving sound.

The One:12 Collective Leatherface comes complete with 3 equally gruesome head portraits, including the infamous “Pretty Woman” and “Old Lady” masks as seen in the film. He is outfitted in a short-sleeved collared shirt and tie, Pam’s bracelet on his wrist, slacks, and cowboy boots. Also included is a removable suit jacket that Leatherface can wear with his “Pretty Woman” mask and an additional removable apron that he can wear with his “Old Lady” mask.

In addition to the three head portraits, the figure comes with eight interchangeable hands, has over 28 points of articulation and stands approximately 17cm tall.

Keep it locked to Horror News Network for future updates on this Leatherface figure as well as the latest from Mezco. 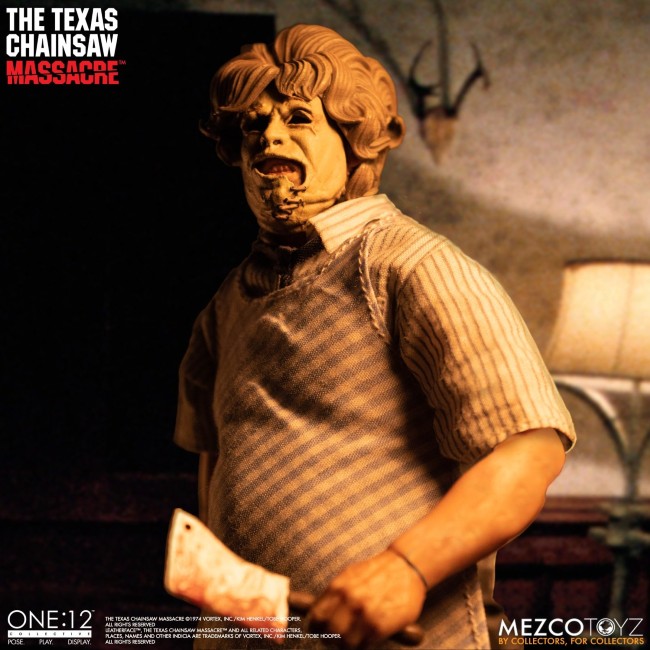 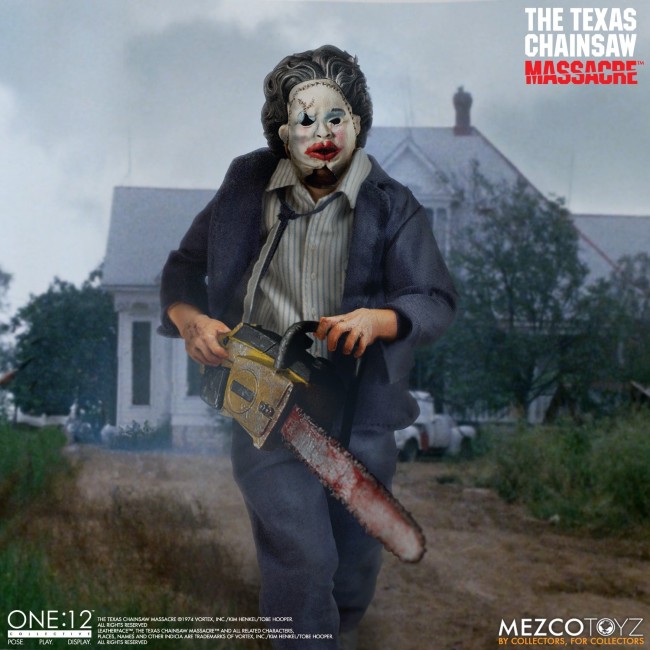 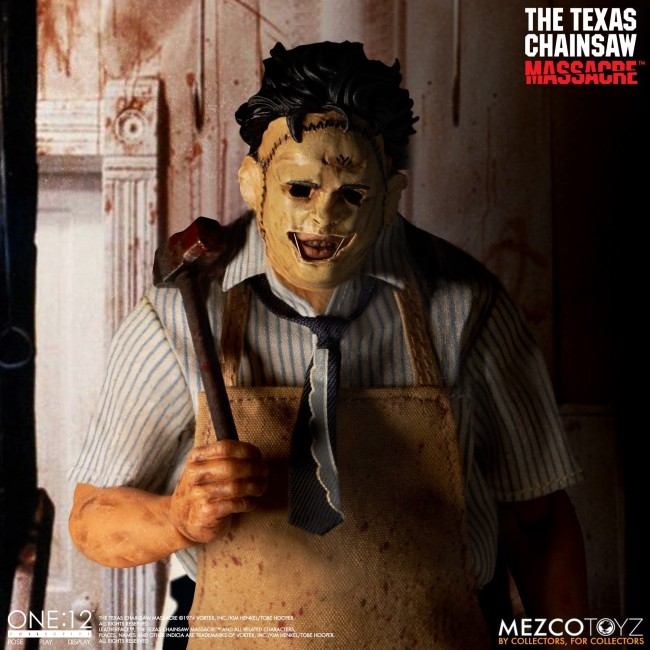