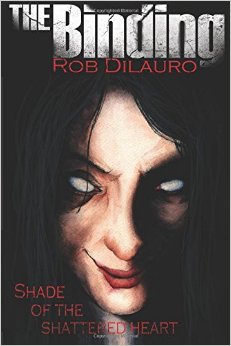 Horror entertainer Rob DiLauro has done much in the horror world including hosting a highly popular horror talk show for many years, writing books that sold all over the world, but this is his greatest endeavor yet, a feature film. And who better to make that happen than metal queen, Sandra Araya, none other than the badass other half of Slayer’s Tom Araya! That’s right, the metal queen has stepped onto the horror scene as Executive Producer for “The Binding”, a film that is still in the crowdfunding process with none other than “31”, Rob Zombie’s latest horror film.

“I cannot believe that the Araya’s believed so highly in this project! Being a massive of fan of Slayer, it blew my mind that both Sandra and Tom were absolutely in love with the idea, I feel like I’m dreaming. This is definitely nothing but an honor and a privilege to have such a powerful woman as Sandra onboard!”, Rob stated to Horror News Network.

The story of “The Binding” is a gruesome and epic horror drama involving a broken man being tricked into reciting a spell thinking he will gain the love of his ex-wife, only to bring on the true power of an evil young witch named Sara who returns to the present from a hellish plane after being burned at the stake in the eighteenth century, and in turn causes all of the women of the world to become her murderous army

“The Binding” is slated to film in 2015, and you can still help the project at this link: