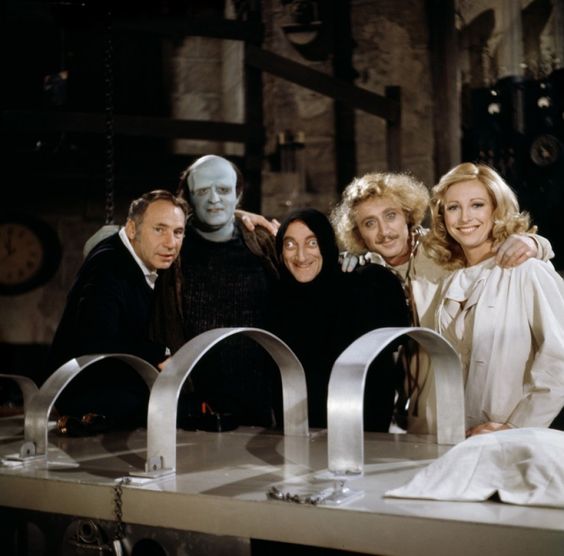 Director Mel Brooks had a hard time containing his emotions as he introduced the recent Fathom Events screening of Young Frankenstein and reflected on his collaboration with the late Gene Wilder.  A visibly upset Brooks stated “I get just a little overcome. I’ve had a few great memories in my life. But, honestly, I think making Young Frankenstein is my best year.”

Brooks went on to say “This movie has been saluted with such love. It’s an honor. And the audience is loving it. I would love to tell Gene (Wilder) all about this night.”

Bryan Alexander of USA Today spoke to Brooks after the live event, and Brooks recalled the one fight that he and good friend Wilder had was over one of the classic scenes from the film.  Alexander states that “The disagreement arose when Wilder insisted on a scene in which his Frederick Frankenstein sang and danced to Puttin’ on the Ritz with his tuxedo-wearing monster.  Brooks didn’t think the scene worked and would “ruin” the film. The two compromised, shooting the scene with the option to leave it out. “We filmed it and I said, ‘Gene, it’s the best thing in the movie,’ ” Brooks recalled, laughing. “I had been so wrong. And I cannot even tell him that now. Of course, I’ve told him that before. But I’d love to tell him all over again.”

Due to the success of the first screening (and a lack of typical Halloween fare for movie goers this season), Fathom Events will hold an encore presentation at 7:00 p.m. on October 18th, 2016 in select theaters nationwide.  Brooks’ introduction will also be included in the encore presentation.