McFarlane Toys is adding a dash of horror to their DC Multiverse collector line in the form of figures based on Dark Nights: Metal. Just announced during Comic-Con@Home this series will feature The Batman Who Laughs, a feral, Jokerized Robin, The Infected Superman, and Batman. These 7” scale figures will also include build-a-figure parts to assemble Batman the Merciless.

Dark Nights: Metal was published by DC Comics from June 2017 and ran until April 2018. The series was part of a larger crossover storyline, which include the eponymous six-issue core miniseries, and a number of tie-in books.

In the series Batman discovers a dark multiverse that exists beneath the core DC multiverse. It is revealed that mysterious metals that Batman has encountered over the years connect both multiverses. His investigations eventually result in him releasing seven evil versions of himself from the dark multiverse, led by the dark god known as Barbatos, who plans to unleash darkness across every Earth.

The figures are set to frighten toy aisles this Fall. Stay tuned to Horror News Network for news on more horror offerings from McFarlane Toys. 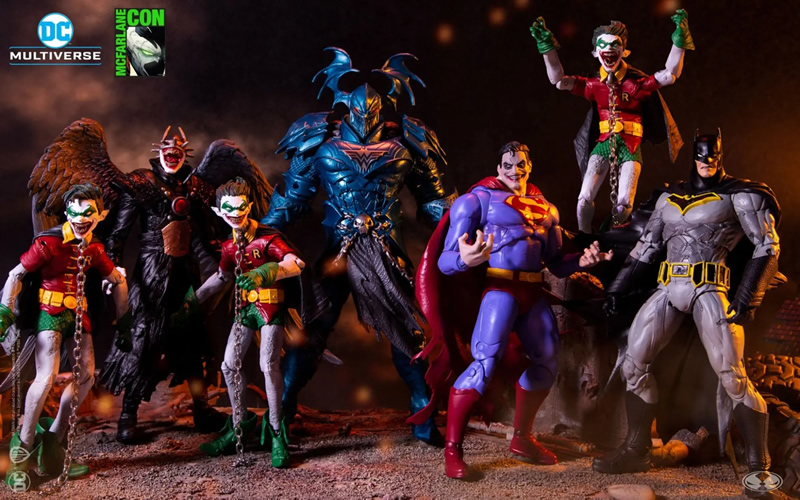