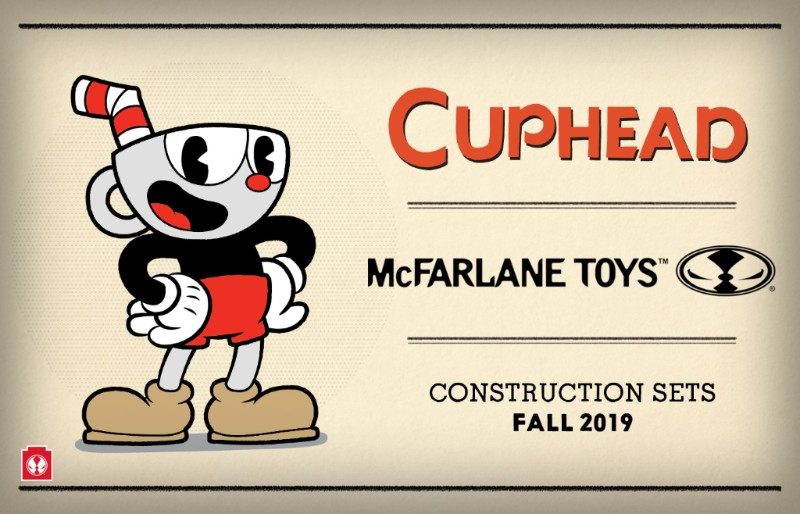 CUPHEAD mania will be jumping off of the screens of game consoles and into toy store shelves everywhere soon enough!  McFarlane Toys, in a press release on Tuesday July 17th, officially announced the acquisition of yet another toy license that began as a game and has quickly transcended pop-culture lore.  Following in the footsteps of Five Nights at Freddy’s and Hello Neighbor, the toy and action figure super-company will begin production on Construction Sets modeled after the wildly popular game Cuphead.  Spawn himself would be proud.

According to the announcement, the Cuphead toys, which will be part of the Construction Set line, will be available at retail beginning in Fall 2019.  Each set is said to range between 100 and 300 pieces, and will most likely be available in stores such as Hot Topic and FYE (Toys R Us….RIP.)  In order to start building the buzz around Cupman and his buddy Mugman, McFarlane Toys will display the latest set prototypes at San Diego Comic Con beginning tomorrow July 18th at the Diamond Comics booth.  Todd McFarlane, the man himself, says that pictures and updates will be available throughout SDCC on all of their social media channels.  “It’s easy to get lost in the visuals of this game… that’s how stunning it is!” said McFarlane, famous-baseball collector, Owner and CEO of McFarlane Toys.  “Studio MDHR has created a world that is gorgeous and unique, and we can’t wait to make toys just as beautiful as the game they are based on.”

Cuphead the game, originally produced by Studio MDHR and available only on Xbox One and various PC and streaming services, has won praise for both the game-play as well as the graphics and soundtrack.  The environment and characters are inspired by by cartoons of the 1930s and 1940s, featuring the hero and Mugman traveling through sublime worlds where they acquire both weapons and powers in an attempt to fight the boss of each level.  Their journey is not complete, however, until a final boss fight with the devil to pay back their debt.  Featuring hand-drawn cel animation, a smooth jazz soundtrack and many backgrounds and locales indicative of the era, Cupman has sold over 2 million copies worldwide and has won over 20 major awards, including Xbox One’s Game of the Year and Special Achievement in Animation at the 45th Annual Annie Awards.

McFarlane Toys has been responsible for some of the coolest, most-detailed, and ground-breaking toys ever produced.  Along with the revolutionary Sportspicks line, both the Tortured Souls and Twisted Land of OZ sets from the early 2000s are figures that are still celebrated by horror fans to this day.  Hopefully, the new Cuphead toys will bring back the awesome nostalgia of not only the time period portrayed in the game, but also of a bondage Dorothy blindfolded and being led around by an evil munchkin.  HNN will be sure to provide more details on McFarlane Toys’ new Cuphead line as they become available! 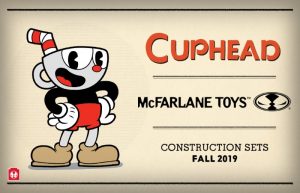