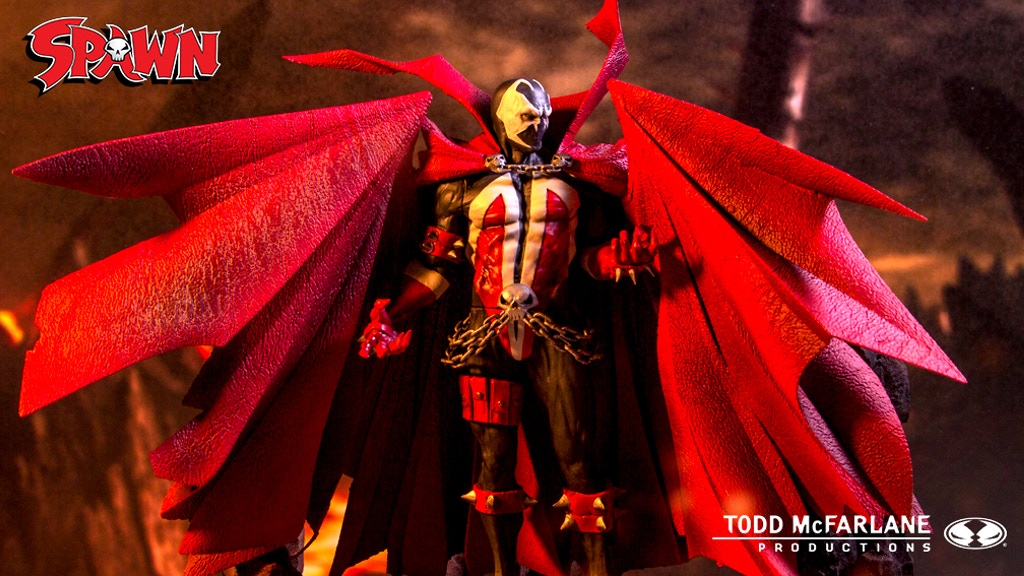 There will be three versions of this redesign: a classic costume version, a modern costume version, and an artist proof black and white version. Collectors can order them piecemeal at $40 each, or they can order a set of all three. There is also an $80 version of each figure which includes a hand signed placard by Tod McFarlane himself.

Fans can help crowdfund this initiative by clicking this link. 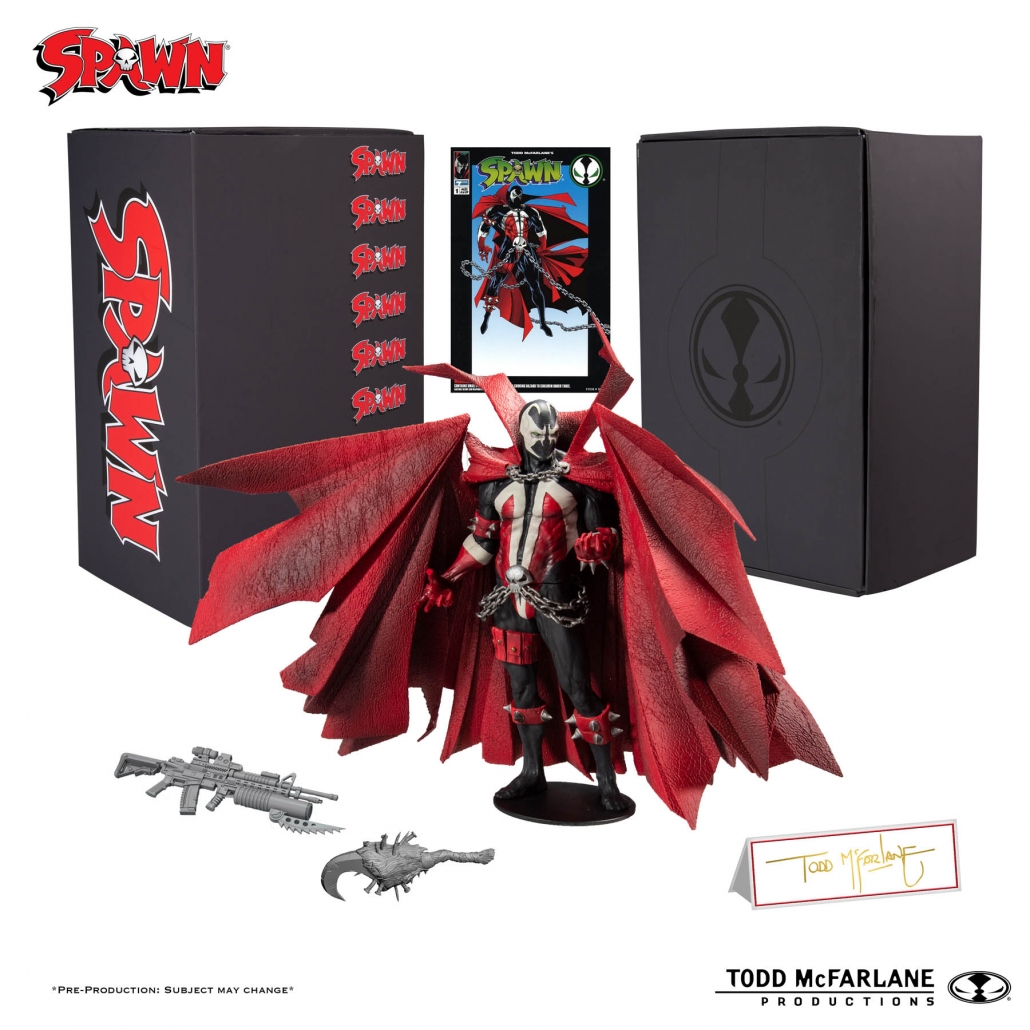 The following is all of the details on the new figures, courtesy of McFarlane Toys:

“In 1992 the very first Spawn comic book hit shelves setting sales record for an independent comic. A few years later in 1995, the first Spawn action figure was released to retail and critical acclaim helping to usher in a whole new way of giving you much detailed and ‘art’ to your action figures. Now, twenty-five years later, Todd McFarlane is joining forces with Kickstarter to help deliver an updated version of that original 1995 toy & comic release.

This figure will be 7 inches tall and come with a huge folding cape and weapon. The articulation in this version will be more than double what the original toy had, and the included comic cover will be re-drawn by the international award-winning artist and creator of the Spawn character, Todd McFarlane.

As well, this new remastered version will come in its own box with slipcover to help preserve the condition of the figure, comic and packaging. And speaking of the actual blister packaging, it will mimic the original design from the classic toy of 1995, though upgrades will be all across the final product.

A new re-sealable clamshell  package will be used so you may take out your figure and comic for display, but also be able to return them both into their packaging like you have never opened it in the first place!

To simplify this offering, there will be only four levels: A CLASSIC costume version. A MODERN costume version (with new head), an ARTIST PROOF (what we’re calling the ‘black & white) and lastly the 3-PACK bundle which will include a Classic, Modern and Black & White figure. The latter two figures getting new head sculpts!)” 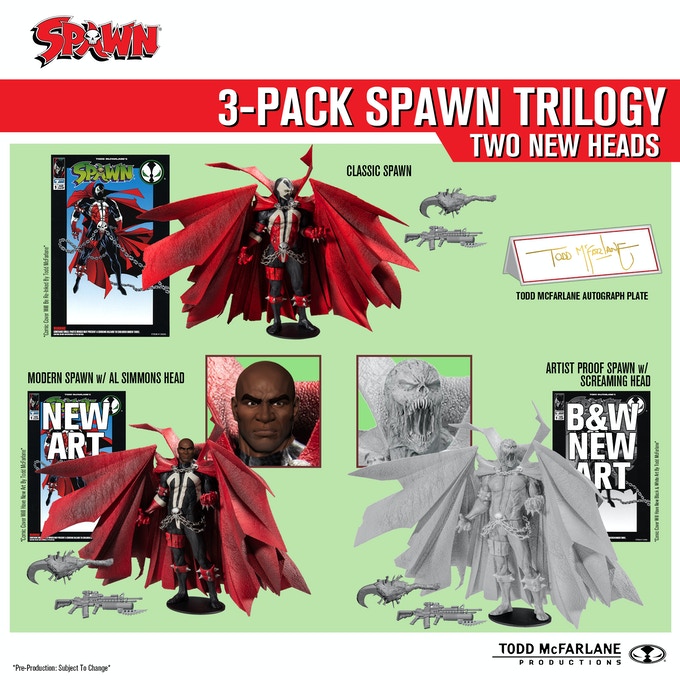 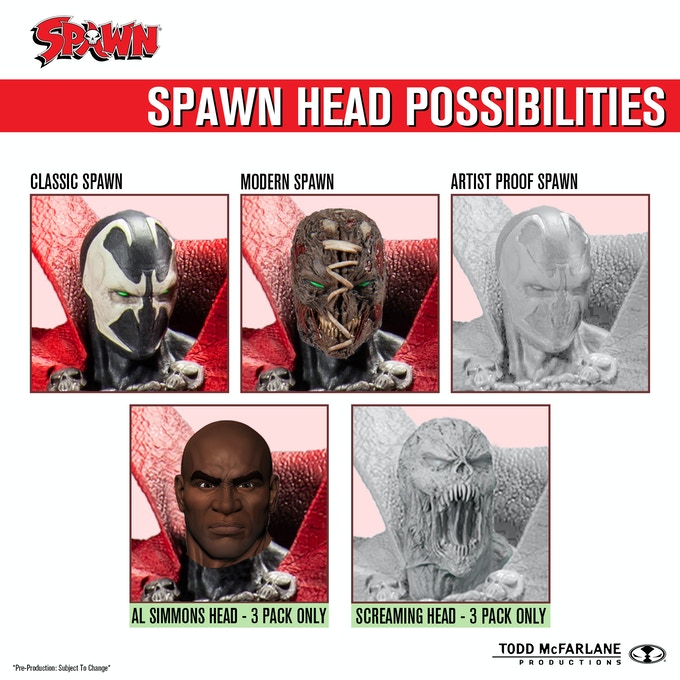