The big, ugly guy is getting ready to bust out.

It’s been an entire year since Marvel Comics unexpectedly put all its Predator projects on hold–after acquiring the licenses to both Alien and Predator in 2020–but this week the House of Ideas announced Predator No. 1 will be available July 6. Check out the dynamic cover by Leinil Francis Yu–courtesy of cbr.com–on this page.

The surefire collector’s issue–from writer Ed Brisson (Ghost Rider) and artist Kev Walker (Dr. Strange)–follows a young girl named Theta who sees her family slaughtered by a Predator, according to the synopsis.

Years later, “though her spaceship is barely holding together and food is running short, the girl won’t stop stalking the spaceways until the monster who killed her family is dead–or she is.”

Brisson said he has been “obsessed with Predator since first seeing the film at a drive-in theater as a kid. Getting to write the launch for Marvel is a dream come true.”

The writer added he is “doubly excited to be working with Kev Walker on the series. The pages he’s turned in so far are mind-blowing. He’s delivered awe-inspiring alien planets, huge action scenes and emotional beats in the first issue.”

The original 1987 Predator–directed by John McTiernan from a screenplay by Jim and John Thomas–stars (of course) Arnold Schwarzenegger as the leader of a paramilitary rescue team on a mission to save hostages in Central America. What they didn’t count on was running into the powerful alien Predator (Kevin Peter Hall). 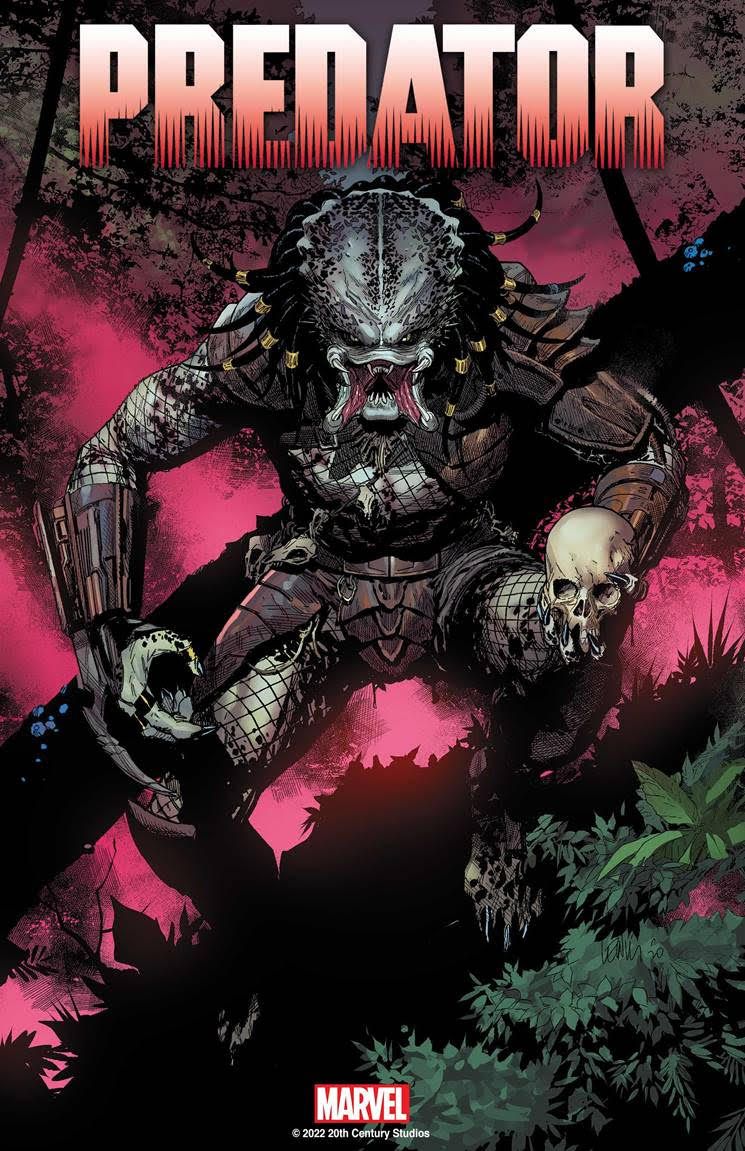