Marvel’s ‘Planet Of The Apes’ Comics To Debut In April

The new Planet of the Apes series from Marvel Comics–first announced over the summer–will hit comic book shops in April 2023. Check out the promotional cover from artist Salvador Larroca on this page. 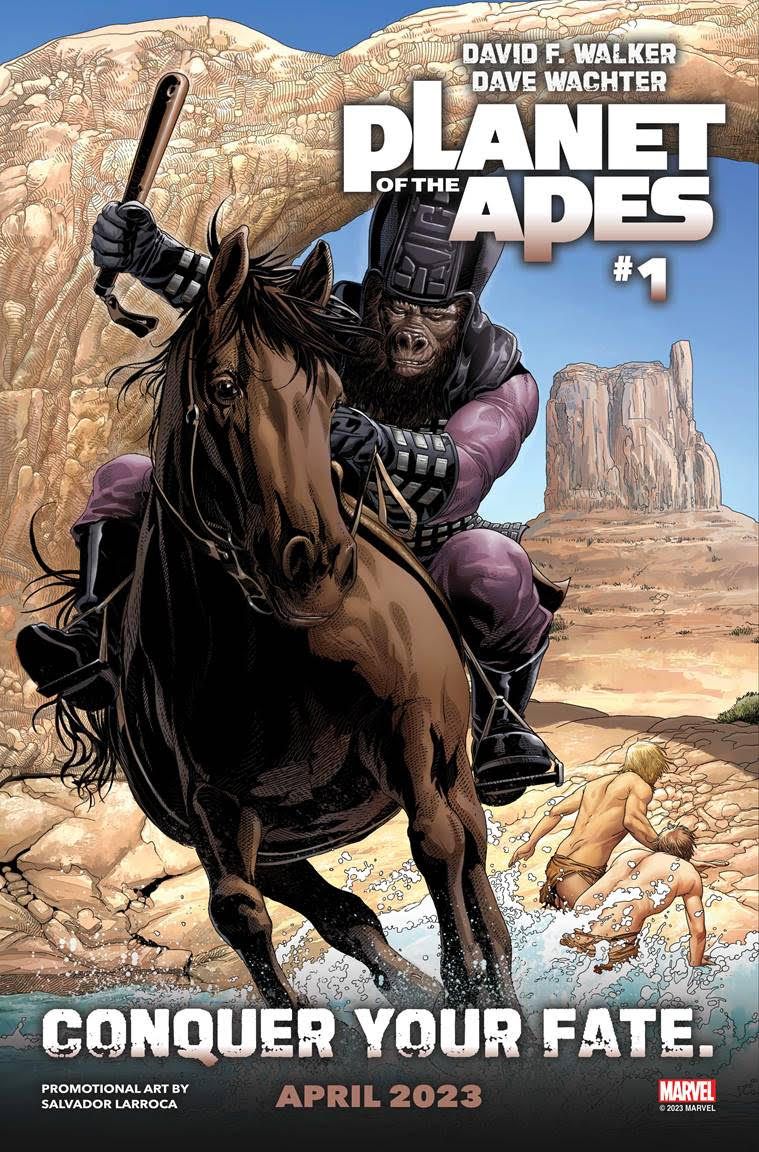 The original 1968 Planet of the Apes film–directed by Franklin J. Schaffner from a screenplay by Michael Wilson and Rod Serling–stars Charlton Heston, Roddy McDowall, Kim Hunter and Maurice Evans. The landmark film follows an astronaut crew that crash-lands on a strange planet in the distant future where apes are the dominant species.

The original film series–which included four sequels–was followed by Tim Burton’s 2001 remake and a reboot series that began with Rise of the Planet of the Apes in 2011.

Keep reading Horror News Network for any further updates on Marvel’s take on Planet of the Apes.

New ‘Planet Of The Apes’ Film Adds Another Cast Member