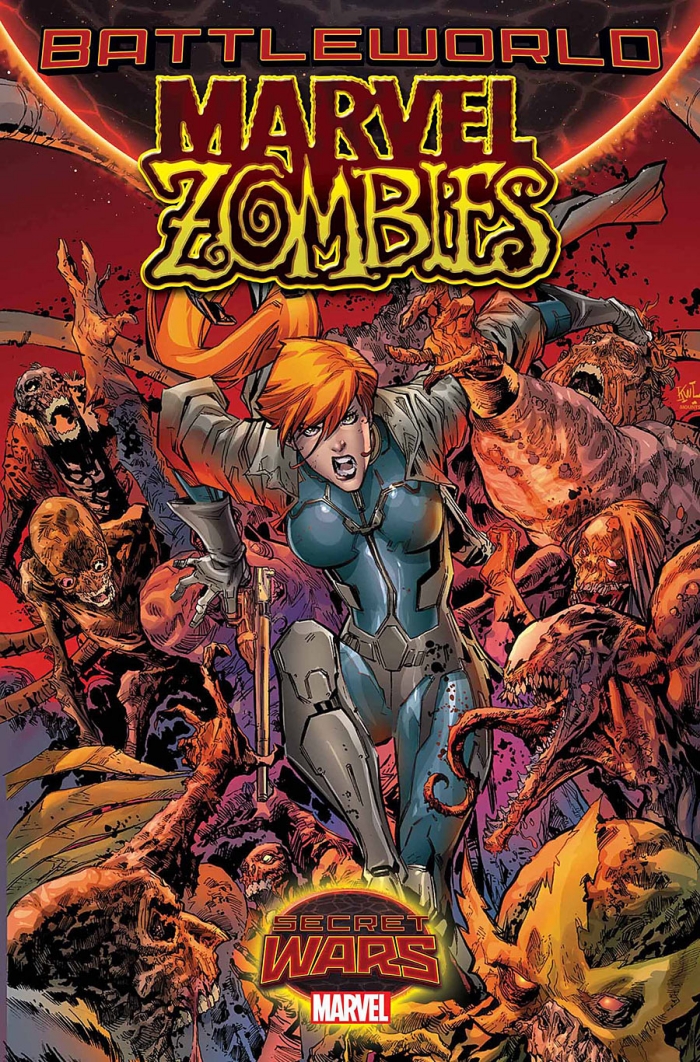 Marvel Comics has provided us a sneak peek of the new Marvel Zombies comic.

She is Elsa Bloodstone, one of the fiercest monster-hunters Battleworld has ever seen. Burdened with the zombie hordes to the south of Battleworld, she patrols the borders from high atop the Shield. Day in and day out she fights and claws to keep the world safe, knowing that setting one foot into that hellish waste means certain death. That is, until she spots a human child alive among the corpses – and flings herself in. But now that she’s in – she’ll have to fight her way out! Can one woman stand against an endless army of the living dead?