Blade and Dracula working together?

Marvel will roll out a new one-shot horror comic book–Blade: Vampire Nation–just before Thanksgiving with a very interesting premise. Check out the cover by Valerio Giangiordano–courtesy of cbr.com–on this page. 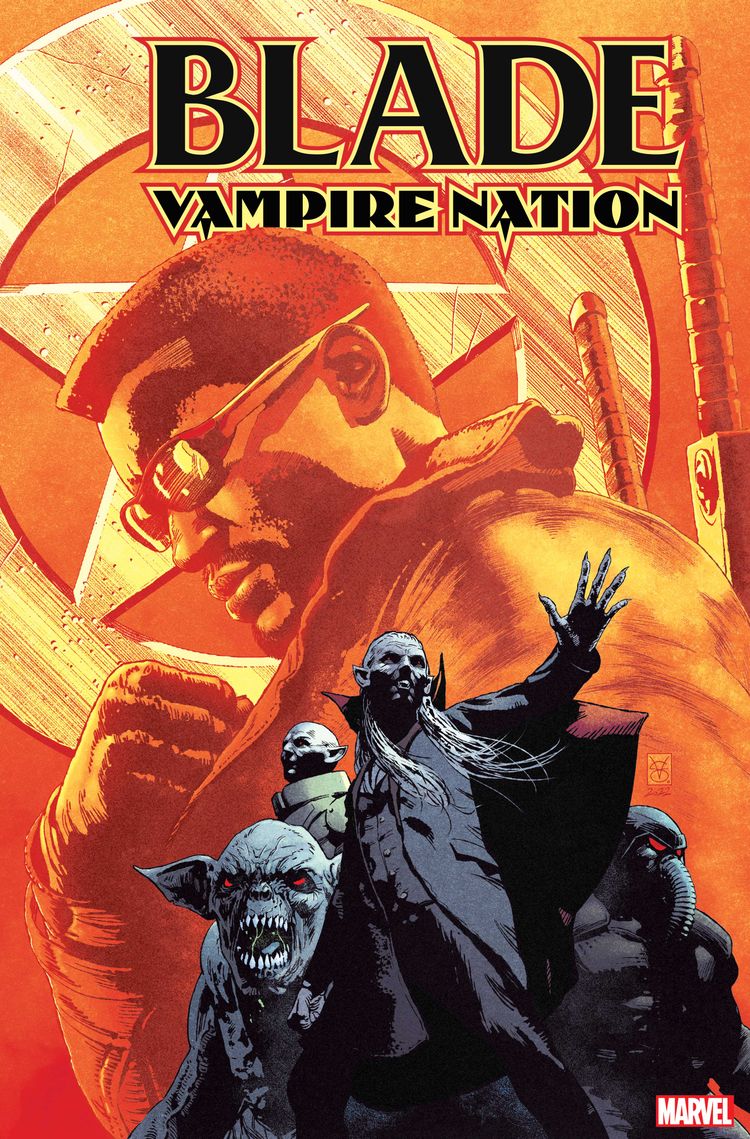 The new title–which hits stands Nov. 16–comes from writer Mark Russell and illustrator Mico Suayan and takes a “deep dive into Dracula’s new kingdom,” according to the synopsis.

In the comic, Blade takes on the mantle of sheriff of Vampire Nation as “an assassination threatens to unravel the fledgling country and spread chaos throughout the world. But, is getting rid of a nation full of bloodsuckers really a bad idea? Blade isn’t too sure.”

The book is said to be about Blade “being called in by Dracula to find out and eliminate a conspiracy within the vampire community.” Talk about strange bedfellows.

The Marvel Comics Blade character–created by writer Marv Wolfman and artist Gene Colan–made his first appearance in the award-winning The Tomb of Dracula No. 10 way back in 1973.

With the Blade reboot scheduled for release Nov. 3, 2023, keep reading Horror News Network for the latest on the Daywalker–both in comics and on film.